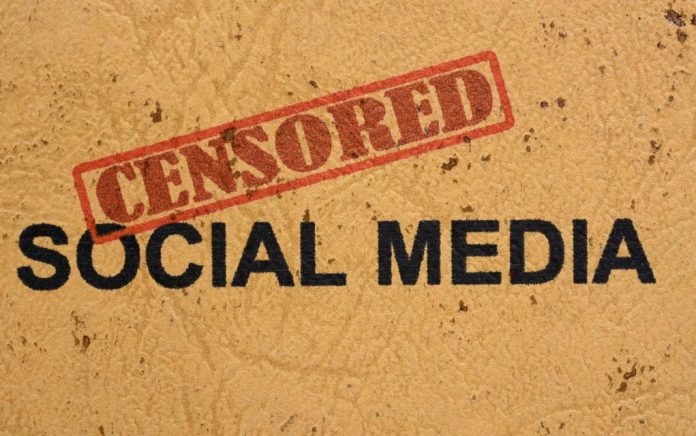 (WatchDogReport.org) – Social media sites wield tremendous power over the news, and the information society receives, shares, and discusses. Should that power include the right to censor content without any recourse?

There’s no ambiguity regarding social media companies’ right to regulate the content that appears on their sites. As the Congressional Research Service reported, two barriers protect social media sites’ freedom to remove content at their discretion.

However, there are considerations regarding social media’s right to censor content outside the courts’ scope.

Should Social Media Sites Be Allowed to Censor Content?

Society’s interest in protecting the expression of ideas is increasingly important as social media continues to exert dictatorial control over the content that appears on their sites. For example, Twitter CEO, Jack Dorsey, announced his decision to ban political advertising on his website at the end of October 2019.

This behavior by social media companies has a far-reaching impact on politicians’ ability to speak to their constituents. Likewise, it affects users’ ability to communicate and share ideas, news, and information freely.

Social media’s inability to self-regulate has adversely impacted free elections around the world and threatens democracy itself in some instances.

Yes, social media is a privilege and not an absolute right. However, maybe it’s time for Congress to step in and pass legislation reigning in the iron fists that Facebook and Twitter have clenched on Americans’ God-given rights.