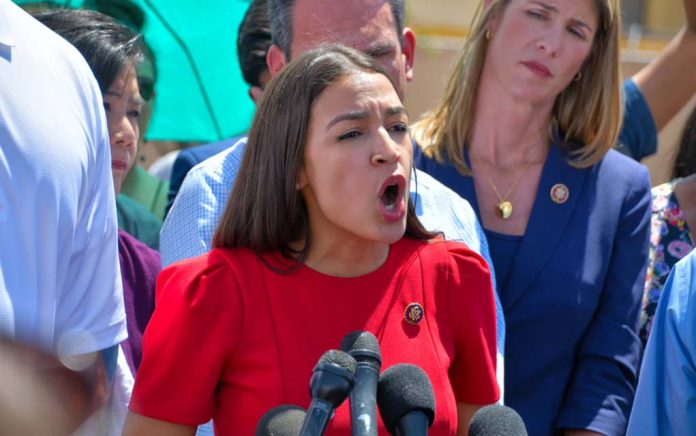 (WatchDogReport.org) – Rep. Alexandria Ocasio-Cortez (D-NY) seems to always have something to say about what’s going on. Her latest comments came after the vice presidential debate on October 7. The freshman congresswoman was mad at Vice President Mike Pence for the most asinine reason.

During the debate, Pence referred to Ocasio-Cortez by her widely used nickname “AOC.” Apparently, everyone but the vice president is permitted to call her that.

For the record @Mike_Pence, it’s Congresswoman Ocasio-Cortez to you.

You’ll notice she didn’t call him “Vice President Mike Pence” in her tweet; she just tagged his Twitter handle. In fact, in her earlier tweets, she didn’t show him any respect either.

Why is it that Mike Pence doesn’t seem to have to answer any of the questions asked of him in this debate?

Pence demanding that Harris answer *his* own personal questions when he won’t even answer the moderator’s is gross, and exemplary of the gender dynamics so many women have to deal with at work.

This kind of hypocrisy is common among Democrats. They can disrespect President Donald Trump and Vice President Mike Pence, and it’s no big deal. But, if they have the audacity to return that energy, the Left starts to whine.

A great example of this is the reaction to the presidential debate on September 29. President Trump was slammed for talking over the moderator and Joe Biden like he’d committed a crime. Meanwhile, the Democratic nominee called the commander-in-chief a “racist,” “Putin’s puppy,” a “clown,” and even told Trump to “shut up.”

President Trump was lambasted in the press, though. He was accused of being an embarrassment and all sorts of other nonsense.

That’s the kind of hypocrisy AOC exhibited on Wednesday night. Surely, we’ll continue to see it for the rest of Trump’s tenure. “Do as I say, not as I do” should be the real slogan of the Democratic Party.