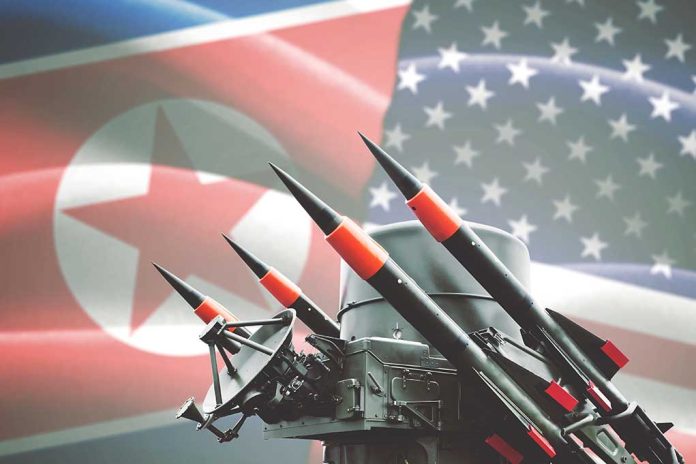 (WatchDogReport.org) – When former President Donald Trump was in office, he developed a relationship with North Korea’s Kim Jong-un. The US POTUS thought it was important for our national security to try to mend fences with our adversaries. It seems our new president doesn’t share this position.

Trump was an opponent of the endless wars the country has been embroiled in for decades and made it clear that he wanted to prevent any others from starting. The relations with NK were of particular importance because of how tense they were when he took over. So, for nearly four years, the situation was relatively good. There were some hiccups, but by and large, it was a peaceful time.

When Joe Biden was named the next US president, and eventually sworn in, it seemed as though our relations with NK started to deteriorate. Recently, the American military did something that experts believe was on purpose.

On February 24, the US Air Force released a statement announcing a test launch of an “unarmed Minuteman III intercontinental ballistic missile” (ICBM) the day before. The launch took place at Vandenberg Air Force Base in California and was meant to “demonstrate” the US military is capable of defending the country and its allies. The press release said the missiles are a “necessary deterrent” to make sure the armed forces can “maintain freedom” and continue to “operate and navigate globally.”

According to a report by NK News, an American website that discusses North Korea, experts believe it may have been meant to taunt the other country. One of those experts, Ankit Panda, said Kim Jong-un is probably going to use the test as an excuse to test his own ICBMs. This comes at a time when the dictator has already said he wants to strengthen his own military.

Biden should be taking a page from Trump’s book and forging a relationship with his North Korean counterpart. Unfortunately, it seems as though he’s more concerned about undoing his predecessor’s legacy more than anything else.