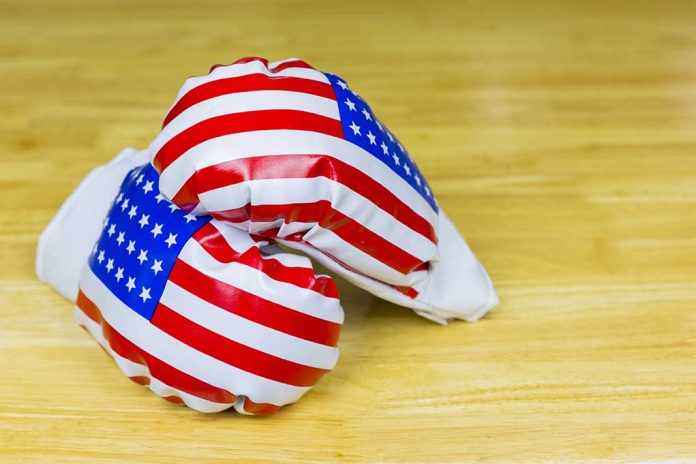 (WatchDogReport.org) – For years, China has been conducting military action in the South China Sea in an area known as the “gray zone.” The communist government has been escalating its aggression in the area and attempting to bring Taiwan to heel, a self-governing island they believe is part of the People’s Republic of China (PRC).

Former President Donald Trump broke decades of US-China policy by forming a relationship with Taiwan. Joe Biden’s administration is carrying that policy forward. The Chinese Communist Party is reportedly furious about the decision and is continuing their hostile behavior in the gray zone. Now, experts are warning the US might lose if they go head-to-head with the country.

According to a March 4 Newsweek report, the US is at a disadvantage when it comes to China. A research professor at the Naval War College’s China Maritime Studies Institute, Lyle Goldstein, said there is “no guarantee of victory” if the two countries get into a military dispute. That’s because the communist country has “adequate forces, including air, missile, electronic warfare, spec ops, naval, undersea and nuclear” that could give them the upper hand.

The other thing to consider is that China is more willing to “strike first,” and has a geographical advantage. He pointed to the issue with Taiwan as an example of one of the issues that could propel the US to war with the communists and said that the issue “exaggerates all these advantages for China.”

Something else to consider, that the report doesn’t touch on, is the fact that the US is tired of war. America has been embroiled in conflict after conflict for decades. Most notably, is the War on Terror, which is about to turn 20 years old. It’s hard to imagine a scenario, short of an attack on US citizens, that would make the people agree to another conflict.

That aside, if it does happen, the US needs to be prepared. That means bolstering the military at a time when Democrats in Congress have shown no appetite to do so. For that reason alone, it’s important that Republicans win back the majority ASAP.