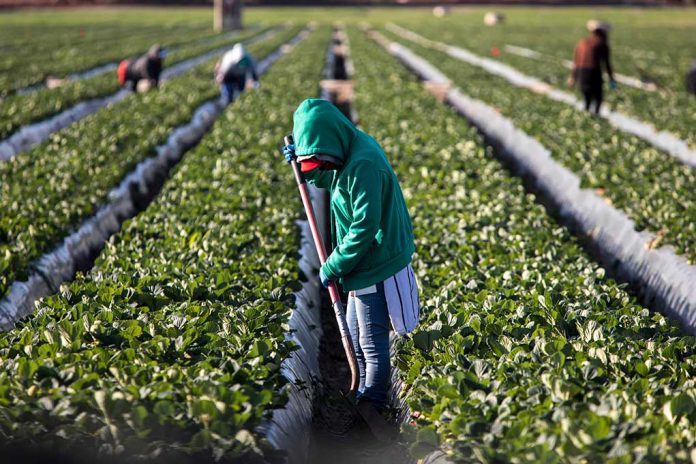 (WatchDogReport.org) – The invasion of Ukraine hasn’t gone according to plan. From the beginning, Russian forces encountered resistance they could never have foreseen. The latest stand against the occupation came as farmers in the Mariopul region poisoned their own crops to use against their attackers, causing mass illness and sowing even more doubt among troops and perhaps giving them the feeling that Ukraine is Vladimir Putin’s very own Vietnam.

Guerilla Warfare Seems to be Working

From the start, Ukrainians, both military and civilian alike, took the battle directly to the Russians, refusing to surrender without a fight and, in most cases, providing enough resistance to completely thwart Russian advances. Kyiv, for example, was abandoned as a strategic target after weeks of attempts by Russian troops to take the city came up empty.

A recording of Russian soldiers discussing the war made its way to Facebook, highlighting the fear and doubt the Ukrainians have been able to pull off. One soldier, discussing the front lines, told another that the men stationed there are “going crazy,” and that they can’t trust anyone. He notes that an elderly woman bringing deserts to Russians during the day could be a Ukrainian artillery spotter by night.

Is There a Line?

While the international community seems to rally around the Ukrainian people and their plight, there is the question of the legality of some actions taken by Ukrainian citizens. For example, did the farmers who poisoned their own crops violate the Geneva Convention rules against chemical or biological warfare?

The poisoned crops in question were reportedly sweet cherries. Exactly how the farmers poisoned them is a mystery, but what is certain is that they did so in a pre-emptive strike, knowing their fruits would be stolen by occupation forces. Because they didn’t willingly offer the fruit or intentionally give it to the Russians, are they guilty of anything other than rendering their own crops useless?

Those are the kinds of questions that are inevitable when wars happen and things get messy, but there are rules. Just as Putin has been accused of war crimes, so might these farmers.

No End in Sight

With Ukraine’s people so adamant about not giving up their fight and Putin seemingly still as determined as ever to occupy parts of Ukraine, it doesn’t appear the conflict will be over anytime soon. As the situation intensifies, the world can most likely expect to see many more acts of aggression — as well as some equally-aggressive guerilla self-defense tactics — deployed in Eastern Ukraine.