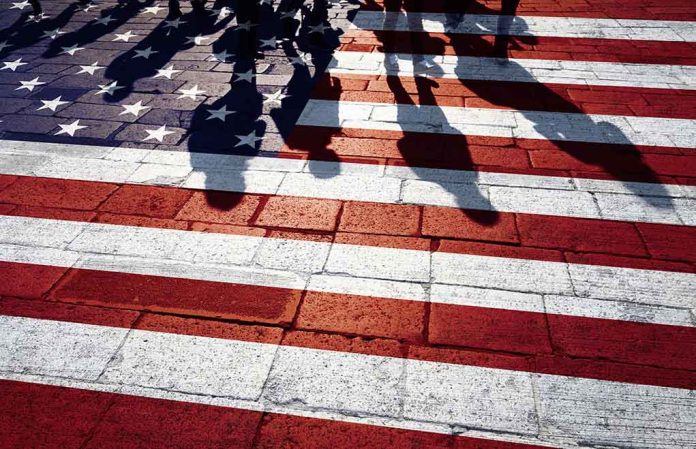 (WatchDogReport.org) – Legend has it that Japanese Admiral Isoroku Yamamoto said that he feared “all we have done is to awaken a sleeping giant and fill him with a terrible resolve” in regard to his nation’s attack on Pearl Harbor.

Whether or not the man himself said that, from the end of World War II and throughout the entire Cold War era, the United States military was looked at as the strongest in the world and the protector of freedom worldwide. The Heritage Foundation has put together a comprehensive look at the ability of America’s fighting forces to meet their obligations around the world since 2015, and for the coming 2023 year. For the first time ever, they have rated them as “weak.”

What Is the Rating All About?

The authors of the report break down what they believe are the major points that the military must defend as part of being an effective force and define them in three points:

The Heritage Foundation recognizes that as presidents and legislators change, so do the people heading up the Department of Defense, but points out that they have all been able to put together a “surprisingly consistent force sizing rationale.” At its heart, what needs to be done is to be able to either deter or win conflicts against larger nations (China/Russia), holdback threats from smaller aggressors (Iran/North Korea), and work with allies to maintain a presence in key areas of the world (Taiwan/Japan/South Korea).

The report is broken down by military branch.

The branch developed such heroic names as Generals Douglas MacArthur and George S. Patton and is given a rating of “marginal” in the report, which is unchanged from the previous year. Although they cast doubt upon whether or not it will be able to maintain that degree in the near future.

On the plus side, earning a score of “very strong” is the Army’s internal determination that of its 31 brigade-level teams, 25 of them are at their highest readiness status. The authors caution, however, that actual training is done on a company level and how those would mesh into the larger units means that actual performance under fire “is an open question.”

The United States Navy is the military branch that allows America to project its force around the world by moving ground units in large numbers and through its transportable air wings on the fleet of aircraft carriers. The study has downgraded them a step to “weak” overall.

They say that the fleet needs approximately 400 ships to perform the tasks needed to meet its duties, but there are only 298 currently in service, and unless changes are made, that number could drop to 286 by 2037. According to the Heritage Foundation, current and forecasted funding levels will not be able to reverse the trend, and they’ve advised that Congress must undertake “extraordinary efforts to increase assured funding for several years.”

The USAF has been downgraded each of the last two years, now earning a “very weak” rating. One of the major problems they face is putting adequately trained bodies into the cockpits of the aircraft and increasing stick time for those they do have.

The report that active pilots are only getting in the air approximately once per week, and the fighter jocks are driving airframes that are, on average, 32 years old. In their opinion, there is a “chance” that the group “might win” against a single smaller opponent, but against one of the larger nations that “there is little doubt that it would struggle.”

The USMC is the only segment of the US military to be solely rated as “strong.” Because although it reduced its number of infantry battalions from 36 to 30, it has aggressively been implementing plans to modernize its capabilities.

The report notes that the Marines have updated their entire aviation branch almost completely, have been able to put new amphibious combat vehicles into the field, and are making a concerted effort to upgrade their complement of anti-ship and anti-air weapons. The authors do caution, however, that this can only continue if they receive adequate funding from Congress, including obtaining new amphibious ships to move troops.

The Heritage study lists the US arsenal as “strong” but trending downward due to outside threats.

After Vladimir Putin sent his forces on the drive to Kyiv, Ukraine, in late February, United Nations (UN) Secretary-General António Guterres declared the threat of nuclear war as being “back in the realm of possibility.” The report warns that without a strong commitment to keeping this deterrent modernized and ready in the face of aggressive work on the parts of Russia, China, Iran, and North Korea, the possibility exists that they could quickly fall into the “weak” category.

In a commentary piece written on the Heritage Foundation website by James Jay Carafano in 2017, he noted that under President Barack Obama’s leadership, the country was left too weak to deal with the world around it. After four years of President Donald Trump’s efforts to reverse that trend, President Joe Biden has spent the last 18 months or so trying to revert back to the policies of his mentor.

Under Biden’s watch, the world has seen the disastrous evacuation of the Allied military from Afghanistan, which has left the terrorist Taliban group in charge, and Putin feeling emboldened enough to launch his war against Ukraine. China’s President Xi Jinping has ratcheted up tensions with Taiwan, and lastly, North Korea’s Kim Jong-un has been flexing his muscles by lobbing more ballistic missiles towards, and even over, Japan.

Is it really any wonder that, for the first time ever, the United States military is being considered “weak?”