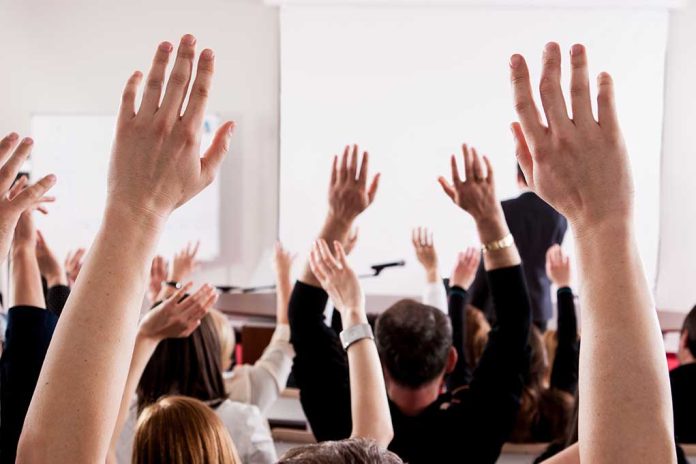 (WatchDogReport.org) – The cable television network Showtime has announced there won’t be a second installment for its original anthology series “First Lady.” The first season of the show centered around three women who were married to “the most powerful man in the world” throughout history and shared the East Wing of the White House with him.

Showtime has elected against a second season of "The First Lady." https://t.co/zwjHNe1XdZ

The show starred Gillian Anderson as Eleanor Roosevelt, Michelle Pfeiffer as Betty Ford, and Viola Davis as Michelle Obama. It covered all aspects of their lives while they were First Lady of the United States. According to IMDb, the show was nominated for three primetime Emmy awards, but they were all for the quality of the makeup and costuming departments and their representations of styles across the various timelines.

Critics were not always complimentary of the show, with one headline on the Entertainment Weekly (EW) website calling it a “woeful waste” of the leading actresses’ talents. That article put the blame on the creators for trying to cram storylines about all three administrations into each one-hour episode.

Rotten Tomatoes, the movie and television rating service, gave it a mere 41% based on critic ratings and a somewhat better, but still lackluster, 58% from the audiences. The website rogerebert.com agreed with EW, saying that the cast deserved better, and it is “Emmy Bait,” which means it essentially relies upon surface looks and no more.