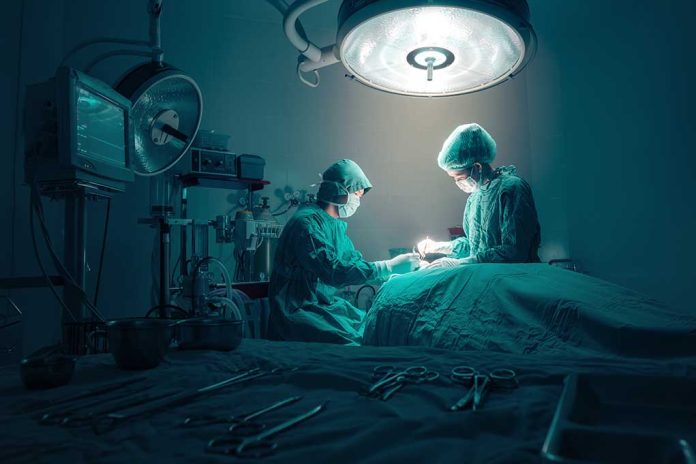 (WatchDogReport.org) – In every jurisdiction across the country, a person must be 21 years old to buy alcohol and tobacco. The lowest age of consent for sexual activity is 16 within some states. And yet there are those in the LGBTQ+ community who seem to think children just barely into adolescence are capable of making the decision to change the gender they were assigned at birth. In Michigan, Republican lawmakers have introduced HB 6454, which would make a person who “knowingly or intentionally consents to, obtains, or assists with a gender transition procedure for a child” guilty of first-degree child abuse.

Republican State Representatives Ryan Berman, Steve Marino, Luke Meerman, Beau LaFave, and Steve Carra, who co-sponsored the bill, believe the state needs this measure to protect children. In a Twitter post, LaFave wrote how the idea of allowing teens to make this kind of decision is “insane.”

The proposed law covers parents, guardians, people who have custody or authority over a child, and physicians or other licensed medical professionals. If a person is found guilty of the first-degree level of the Penal Code, they could face life in prison, but that’s not a mandatory penalty, and a judge would have leeway in the sentencing.

HB 6454 goes on to define “biological sex” as the baby’s “reproductive potential or capacity” when it is born, regardless of what it may experience later in their lives. The measure prohibits giving “testosterone or other androgen” to a biological female beyond what is naturally occurring, and the same applies to providing estrogen to a biological male.

The left-biased media are, of course, using hyperbole and fear-mongering to full effect in their effort to push an agenda, regardless of whom it hurts. A story in The Intercept characterizes the past two years as a time of “Republican legislative attacks on transgendered children … have reached such intolerable levels of barbarism.”

Lennard goes out of her way to use inflammatory wording that seems intended to instill anger and fear in the parents of such children, which is undoubtedly a dangerous tactic given the vitriol being spewed by Democratic politicians, including President Joe Biden. For example, she portrays these laws as “torture [of] trans kids,” an “eliminationist agenda against trans youth and adults.” She also claims the state of Texas “has been duly terrorizing families” since Republican Governor Greg Abbott issued an order for the Department of Family and Protective Services to investigate these cases as child abuse.

In April, Alabama’s Republican Governor Kay Ivey signed the Vulnerable Child Protection Act into law, defiantly declaring they would not bow down to “out-of-state liberals like Jen Psaki and the Biden White House.” In April 2021, the Republican majority legislature overrode Arkansas Governor Asa Hutchinson’s (R) veto to enact a similar law; however, a lawsuit was brought against it, and on October 17, the trial phase began. The outcome is still pending.