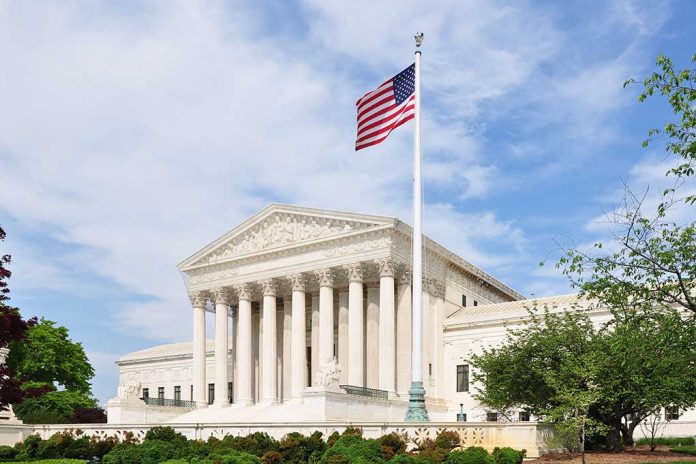 (WatchDogReport.org) – The Supreme Court has repeatedly ruled in favor of free speech when cases involving the matter come before the justices. For example, in June 2021, the high court ruled in favor of a cheerleader who was disciplined by her school for her Snapchat postings while she was off-campus.

Just a few months after that ruling, the Supreme Court heard arguments in another First Amendment case. This time, the constitutional rights of a student were not before them. Instead, the justices are going to decide whether certain billboards can go up in Austin, Texas.

In 2017, Reagan National Advertising of Texas Inc. applied for permits to erect 84 off-premises billboards in Austin. The company was hoping to upgrade its old billboards with the ones that had digital displays. City officials denied the permits because they weren’t located on-premises of their business. After receiving word of the denial, the company sued the city.

The case went to the Fifth Circuit Court of Appeals, which ruled for Reagan National Advertising of Texas Inc. citing a 2015 SCOTUS case Reed v. Town of Gilbert. In that case, the court ruled 9-0 to invalidate a town ordinance that treated signs differently based on content. The appeals court ruled Austin’s ordinance failed a strict judicial test.

Austin appealed the ruling to the Supreme Court. On November 10, the justices heard arguments in the case City of Austin, Texas v. Reagan National Advertising of Texas Inc.

The justices seemed to struggle with the case on Wednesday. The city argued the Reed v. Town of Gilbert ruling didn’t apply to it because it wasn’t banning the billboards based on content. The restrictions against digital billboards applied to all content across the board no matter what it was. It was purely based on the location of the signs. The content on the signs has to be related to its location, and Austin also argued the billboards were dangerous and distracting to drivers.

Justice Clarence Thomas seemed confused by the ban. He posed a hypothetical question to the city about whether a hamburger business would be banned from erecting a billboard advertising another hamburger business located off-premises.

“[If the sign read] ‘Our hamburgers are great, but if you want great barbecue, go to Franklins’ … that sign would not be acceptable under this ordinance, right?” Thomas asked. “But if I were at Franklin’s, I could say ‘Eat at Franklins’?”

Thomas said he doesn’t understand how that would not mean the city is banning content-based signs. Thomas penned the majority ruling in the Reed case.

Justice Brett Kavanaugh wondered if the city could achieve its goals with a less restrictive code. For instance, it could allow for a wider array of content on signs that are on the premises of other businesses. Attorney Benjamin Snyder, who was arguing on behalf of the DOJ which had joined Austin on the case, argued on-premises signs with content related to the business in question made sense so people could find the companies while other signs didn’t. Kavanaugh didn’t buy that argument, pointing out that other states didn’t have that distinction and people weren’t “running around lost.”

The court will likely release its decision on the case in spring or early summer next year.