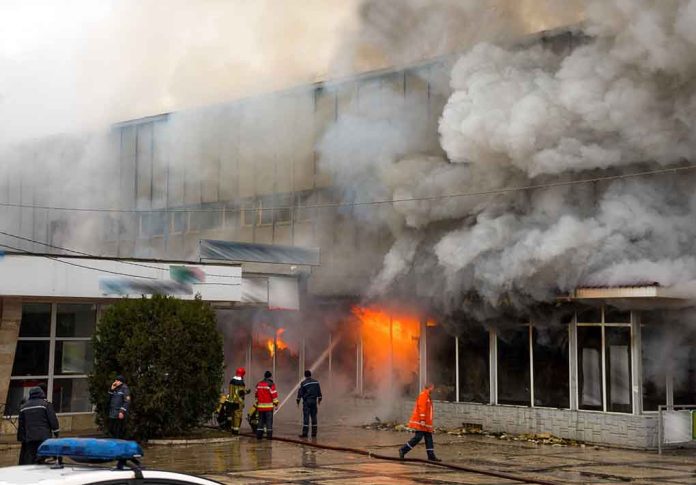 Leftist Group Linked to 18 ATTACKS – But ZERO Arrests Made

(WatchDogReport.org) – A mysterious group known as Jane’s Revenge appeared shortly after the firebombing of a pro-life group’s offices in Madison, Wisconsin. A Dutch journalist’s trusted source first broke the news that this was no isolated attack. Organized leftists, using a reference to the underground “Jane Collective” that facilitated illegal abortions before the Roe v Wade decision in 1972, took responsibility. Since then, the moniker has become synonymous with extremism.

After scores of death threats, fire-bombing and violence, the Biden Administration has NOT MADE ONE ARREST against domestic terrorists who attack life-affirming centers! #EndProChoiceViolence #ProLife @sbaprolife @mercedesschlapp @LifeNewsHQ @LiveAction https://t.co/OoZgFapNBs

On September 14, Fox News Digital released an in-depth report on 17 similar instances of the domestic terror organization’s violent and destructive acts. Jane’s Revenge uses arson and vandalism to target crisis pregnancy centers, organizations that attempt to intervene with mothers before abortion becomes a desperate option. Unfortunately, with as many instances as they’ve seen, authorities have yet to make a single arrest.

The FBI told the outlet the crimes are being investigated as “possible acts of domestic violent extremism,” falling short of using the word “terrorism.” The organization, proud of its accomplishments, published pictures of its first attack and happily takes credit for each subsequent incident. So far, there have been 18 acts in total, with no sign of it slowing down anytime soon.

It seems federal investigators have their hands full at the moment looking into the “real” terrorists — President Joe Biden’s self-proclaimed nemeses: MAGA Republicans. A dozen and a half incidents of what must be the perfect crimes, meanwhile, go unpunished.