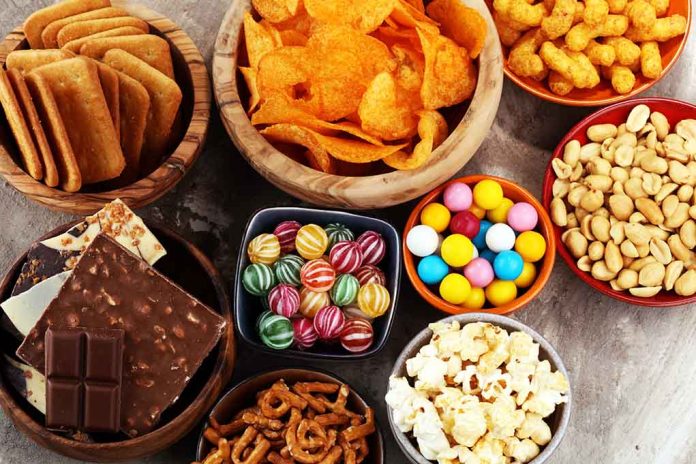 (WatchDogReport.org) – Many products that Americans consume have some form of natural or artificial additives to enhance the color, flavor, or visual appeal with the intent to drive sales. One example would be red dye number 2, which was used extensively throughout the early 1970s until scientists in the former Soviet Union discovered a potential link between it and certain cancers. As a result, most red food coloring comes from crushed bugs (the cochineal). Now, there’s a similar case happening.

So Shiny and Bright

Jenile Thames filed what he hopes will become a class-action suit against the makers of the “Taste the Rainbow” candies because of what it puts on them to get their signature coating. The shiny shell is made by using titanium dioxide, a very fine white powdery substance known as nanoparticles (TiO2-NPs).

According to a study published by the National Center for Biotechnology Information, these microscopic specks “can cause inflammation, pulmonary damage, fibrosis, and lung tumors.” The study also claims the chemical compound could be a cause of different types of cancers in humans.

Basis of the Lawsuit

The two main reasons that led Thames to take the matter to court are the failure of Mars to disclose this ingredient in its product and the company going back on a prior commitment to stop using it. The first issue is fairly straightforward as it revolves around food product labeling for consumer information.

The second cause of action is somewhat more complex, but at its heart, it revolves around an announcement by Mars that was made in 2016. At that time, the Center for Food Safety applauded the company’s commitment to “eliminating toxic, unnecessary nanomaterials from its line of food products,” including TiO2-NPs, within five years of that time.

The lawsuit states the obvious breach of that promise because it’s now six years past the date that commitment was made. The court filing also notes that other confections on the market, such as Sour Patch Kids and Nerds — in fact, even its own signature M&Ms — all manage to achieve bright coloring without the chemical.

Another factor noted in the suit is that the European Union (EU) will have a full ban on the additive as of August due to its propensity for genotoxicity and inflammation concerns. However, as a story in the Guardian notes, it is not unusual for the EU and the United States Food and Drug Administration (FDA) to make different rules for food additives.