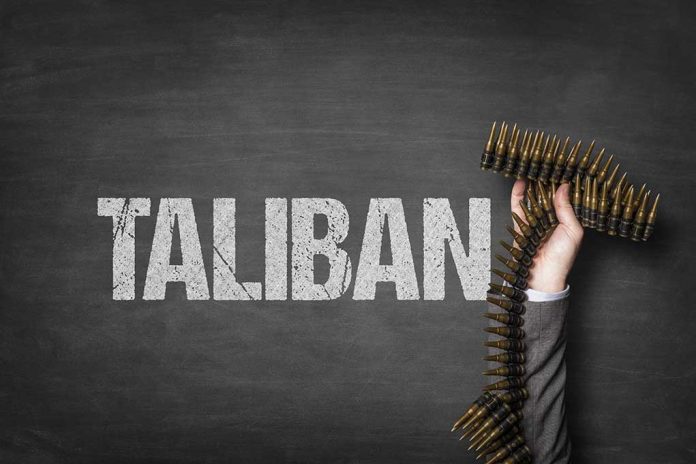 (WatchDogReport.org) – One of the first things President Joe Biden did when taking office is order a review of his predecessor’s policies. His administration reviewed the Afghanistan withdrawal plan, as well. He pushed back the date the troops were supposed to pull out of the country, settling on the end of August. After the US pulled out, the Afghan president fled, and the military largely gave up, essentially handing the country over to the Taliban.

While difficult to watch from the US, the return to Taliban rule is even worse for some of its citizens.

The leader of the Taliban in Afghanistan, Haibatullah Akhundzada, recently issued an order to all judges telling them they must adhere to the tenets of sharia law. He said his position as the supreme leader in the country makes this an “obligatory” decree.

When Akhundzada rose to the top position of the terrorist group in 2016, the BBC ran a profile of him that painted a grim picture. He had been in Afghanistan since the 1980s, fighting against the former Soviet Union.

The BBC describes a man who is a hardliner with very strong opinions on how the courts should handle crime under Islamic law. It goes on to say it is believed that when Akhundzada acted as a judge, he issued rulings in favor of executing convicted murderers and adulterers and carrying out amputations on people convicted of stealing.

The Islamic process goes far deeper into the culture. It’s based on the holy text, the Quran, along with the traditions and sayings of the Prophet Mohammed (the Hadith) and his biography (the Sira).

Some of what the fundamentalist views of sharia law entail can be seen in the actions of the Islamic State of Iraq and Syria (ISIS) and its attempts to create a caliphate in the area under former President Barack Obama’s watch. The International Criminal Court (ICC), which investigates and prosecutes genocide and war crimes, revealed it received reports of such atrocities as:

The structure of Islamic law can be particularly harsh in the case of women and girls. According to some Quran scholars, men may take brides before they have ever had a menstrual cycle. Another scholar shows the hadith (one of the three legs of sharia) records Mohammed striking his child bride Aisha.

Since the Taliban has taken over governing Afghanistan, its initial promises of the fair treatment of women trapped in the country have not come to fruition. The United Nations (UN) branch that focuses on this issue said the new rulers have “systematically excluded women and girls from public life,” in a report at the one-year mark in August 2022.

The report from UN Women also says women must now cover their faces while in public, which requires at least a hijab, and head-to-toe clothing. The regime recommends the traditional burqa, according to reports provided by NPR. The report also says women have been “stripped of their rights [and are] under constant threat of violence.”