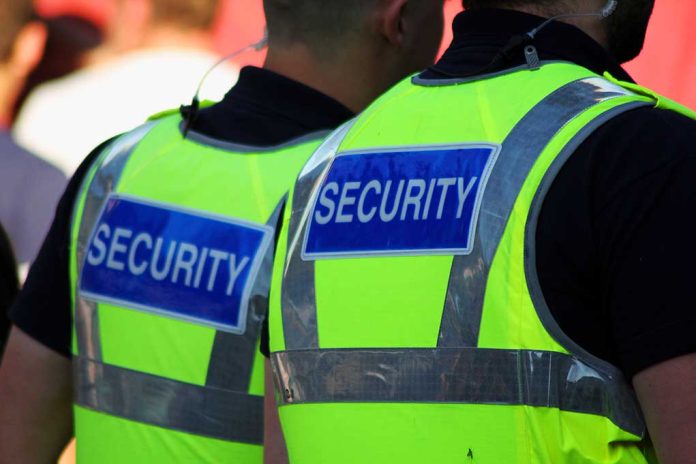 (WatchDogReport.org) – On Wednesday, June 16, President Joe Biden and Russian President Vladimir Putin met in Geneva for a long-awaited summit. Although the meeting went relatively well, there was some drama. It wasn’t between Putin and Biden, though; it was a conflict with the press, White House aides and Russian security.

Chaos at the Door

When Biden and Putin sat down for a photo-op on Wednesday, the press scrambled to get into the library in the Villa la Grange where the two were sitting. Prior to the meeting, the two countries decided 13 journalists on each side would sit in the room. That didn’t happen.

As US journalists tried to get into the library, Russian security and media members pushed and shoved them. Reporters were shouting as the security officials grabbed their clothing, shoving them out of the room. One journalist said she almost fell down. The Wall Street Journal’s Andrew Restuccia described the scene as “chaotic,” saying US officials were telling Russian journalists to “stand back” as they tried to get into position.

At the end of it all, only nine American journalists were able to get into the library. The chaotic episode highlighted the difference between the two countries’ handling of their press.

Freedom of the Press

Like America, the Russian Constitution provides for freedom of speech and the press. However, journalists in the country have accused Putin of cracking down on critical reporting of his regime. A 2020 report by Voice of America News highlighted just how much power he has over the press in the country.

Artem Filatov, a freelance journalist in Moscow, said that he has seen the “space for independent journalism” shrinking in the country for over a decade. He explained there is “little critical reporting toward Putin’s system.”

In 2014, the Russian government passed a law that threatened bloggers. Then, in 2019, another law allowed the Putin administration to control the internet and pass measures to punish journalists.

America, on the other hand, allows the press to criticize the government without consequence. Lawmakers believe a free press is critical to maintaining the republic. Although there has been a problem with the proliferation of fake news and biased reporting, especially from the Left, the US still holds those values in high regard. The First Amendment of the Constitution guarantees that.

The chaos at the Geneva meeting was disturbing. Hopefully, the Biden administration puts safeguards in place to ensure it doesn’t happen the next time he meets with a foreign leader.