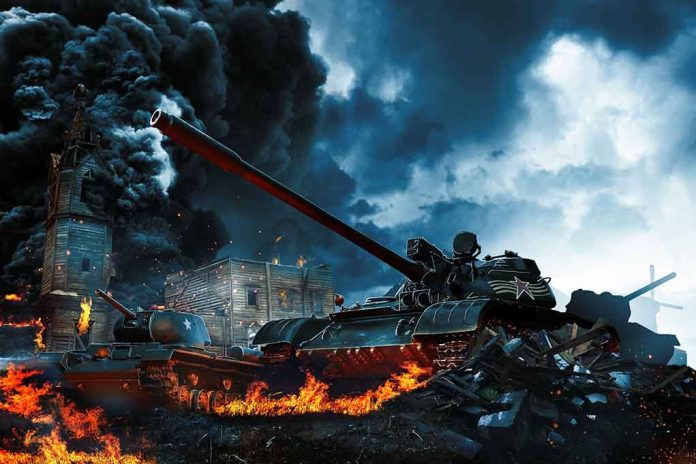 (WatchDogReport.org) – Ukrainians reportedly found a way to negatively affect Russian troops without impacting innocent civilians — by using drones. The UA-Dynamics Punisher drones can carry up to 3 explosives and sneak up to 30 miles behind enemy lines to destroy ammunition, fuel storage, and electronic warfare stations. In fact, these stealth weapons have already successfully carried out about 60 missions so far. Reports are calling the new strategy “game-changing.”

Ukrainians are using a fleet of stealth drones to take out Russian supply targets behind the enemy's lines, and the engineers who developed the small devices are calling the weapons "game-changing," according to a new report.

The drones can fly up to 1,300 feet in the air, have a wingspan of around 7 feet, and have a travel companion drone assisting them in identifying Russian targets. UA-Dynamics engineer Eugene Bulatsev stated using Punisher drones with the Spectre sidekick is an inexpensive and simple way to take out key military targets from a relatively safe distance. Each device requires a trainer and a station for staging, takeoffs, and landings.

Not only is the Ukrainian military using the effective drones to cripple Russian troops, but the strategy is raising morale as well. The equipment shows Ukrainians they still “control the skies” over their own country instead of their enemy. The number of drones the military has and their location information is classified for security purposes.

Do you think the drones will be enough to help Ukraine defend its territory?