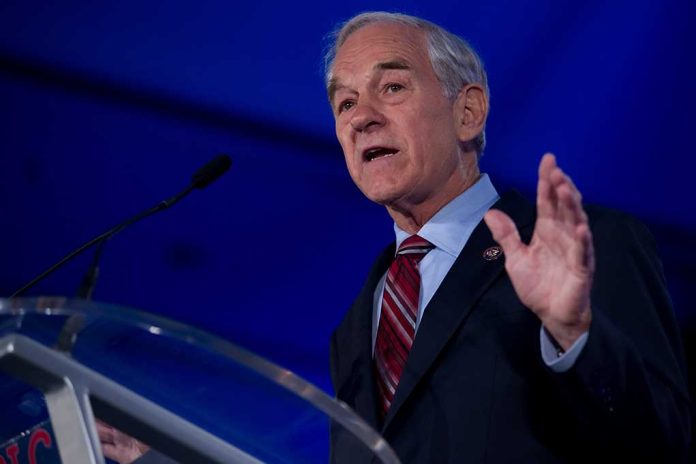 (WatchDogReport.org) – Many revelations have come forth since the release of the Twitter Files by Elon Musk via a variety of journalists. One potential bombshell included the number of requests made by Representative Adam Schiff’s (D-CA) office to Twitter staff requesting the removal of messages or restriction of accounts based on tweets the office claimed harassed or threatened staff members. Now, former Representative Ron Paul (R-TX) has issued an opinion piece on his Ron Paul Institute for Peace and Prosperity site calling for Schiff’s removal from Congress.

Paul argues that Schiff, his staff, and fellow “Russiagate” enthusiasts like Sens. Dianne Feinstein (D-CA) and Richard Blumenthal (D-CT) routinely pressured Twitter to remove posts and restrict accounts. The most egregious case occurred when Schiff pressured Twitter to ban the accounts of journalists like Greg Rubini of the Daily Herald and Paul Sperry of RealClearPolitics.

Isn't it Time For Adam Schiff to be Expelled From Congress?https://t.co/OJ7Qmuvqbo pic.twitter.com/uMgCVpOoqI

Additionally, Paul pointed out how Schiff and others continually pushed the Russian bot narrative even after Twitter personnel showed them there was no evidence of Russian involvement on the platform. Schiff’s pursuit of the narrative began when news broke that then-Chairman of the House Intelligence Committee Rep. Devin Nunes (R-CA) was planning to release the committee’s report about the FBI’s misuse of the Foreign Intelligence Surveillance Act (FISA) court to obtain warrants to spy on the Trump presidential campaign. Paul maintains it was all political subterfuge.

Paul gleaned much of his information from a series of releases called the Twitter Files, assembled by independent journalists working with Elon Musk looking through archived files. Matt Taibbi remains one of the primary journalists involved. He’s written and analyzed detailed accounts, helping readers to understand the nuances of Twitter’s inner workings.

For his part, Paul feels Congress should hold Schiff accountable. He pointedly said Congress has called lawmakers like former Rep. Jim Traficant (D-OH) to task and expelled them for far lesser offenses. Yet, Paul believes Schiff and his cohorts have perpetrated a scheme on Congress and the American public, which has eroded trust and subverted the people’s will.