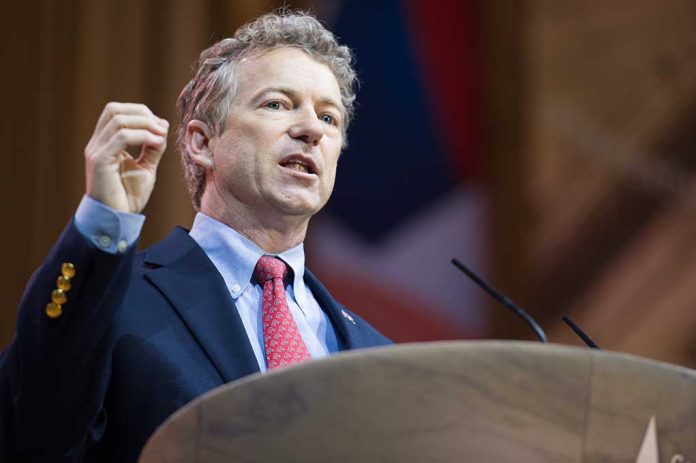 (WatchDogReport.org) – Senator Rand Paul (R-KY) is apparently a fan of the TV sitcom “Seinfeld,” using its Festivus holiday as an occasion to release an annual critique of the federal government’s wasteful spending. In the 2022 edition, he said he’s “highlighting a whopping $482,276,534,907 of waste,” a number so large that it truly is hard to wrap one’s head around.

Paul highlights one of the questionable uses of funds meant to help struggling businesses stay afloat in Broward County, Florida. The county commissioners there took $140 million of that money, played a version of the shell game with it, and used it to build an oceanfront luxury hotel with a rooftop bar and a massive fitness center.

The senator also brought up a scheme where four people managed to spend more than $31.5 billion in funds to buy Porsches, Lamborghinis, and even a Bentley convertible to drive themselves around in style. Other items Paul describes as a misuse of federal money include a Wisconsin school district upgrading their athletic fields, the Department of Defense (DOD) buying camouflage uniforms meant for forest environments to use in the deserts of Afghanistan, and supporting the tourism industry — in Tunisia!

With spending like this, it’s a wonder the government has any money left at all.