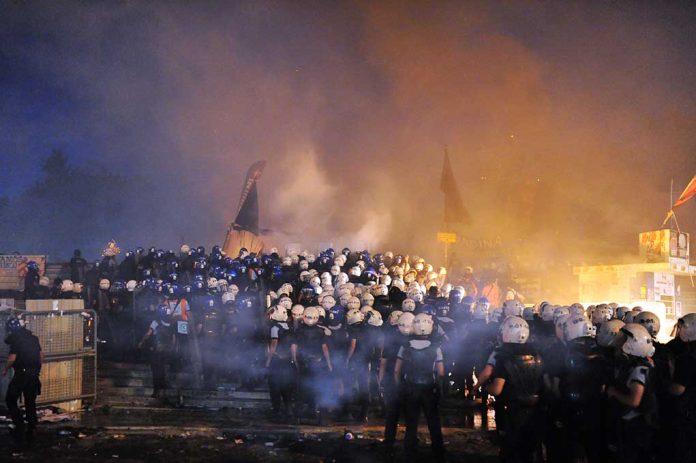 (WatchDogReport.org) – The Democratic Socialist Republic of Sri Lanka is an island nation that sits just to the east of the southernmost tip of India. It has been in the news lately because of political unrest. The situation came to a head recently as President Gotabaya Rajapaksa was forced to board a military jet and hightail it out of the country. The nation’s citizens responded with fire.

One family has dominated Sri Lanka’s leadership positions for decades, and Gotabya Rajapaksa typifies the phrase “hero to zero.” The president’s brother Mahinda had served in that position from 2005 to 2015, but recently had to resign as the nation’s prime minister along with several of his sons, who had been appointed to high positions within the government. What had been his official residence became a target of the citizenry’s rage, and they torched it and burned it to the ground.

“#SriLanka protesters set PM's home on fire,” even after he offered to resign via – BBC News https://t.co/Tm6lcgmamZ

The country has recently seen rampant inflation and food shortages that have left grocery store shelves left bare, leaving the people with a growing fury towards the two brothers who had once been quite popular. The official presidential house was also a target of protesters. Still, it fared better when the angry mob stormed it and began to party, danced in the formal dining room, and had a swim party in the luxurious pool.