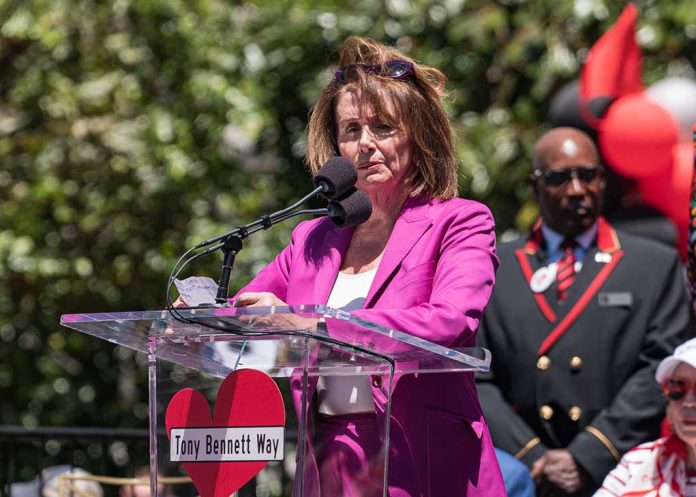 Nancy Pelosi Just Made The Most INSANE Claim Of Her Career!

(WatchDogReport.org) – Democrats aren’t shy about using a false narrative to get what they want. So, it’s not unreasonable to wonder about the context when Speaker of the House Nancy Pelosi (D-CA) said that “China is one of the freest societies in the world,” during an appearance on NBC’s Today Show.

NANCY PELOSI: “China is one of the freest societies in the world…” pic.twitter.com/8yN8W1q4CA

First, the speaker proudly proclaimed that “they” (an apparent reference to the current administration) believe in the one-China policy — that Taiwan is not its own separate sovereign nation. Then, she made her blatantly untrue statement, saying she got her information from Freedom House. For the record, that organization gives the communist nation a decidedly poor score of 9/100 and a pathetic -2/40 in political rights.

Pelosi completely ignored the ongoing controversy of the treatment of the indigenous ethnic Uyghur population and the horrific allegations against Beijing. According to the BBC, several groups have accused the country of severe human rights violations and crimes against humanity by consigning at least one million people of that group to concentration camps and slave labor.

The speaker’s team quickly went into damage control mode, with her deputy chief of staff Drew Hammill going to Twitter to backtrack and clarify that she was talking about the Taiwanese government’s record, which Freedom House rates at 94/100. A skeptic might point out that praising the government of a country you don’t officially believe exists is a bit hypocritical.

What do you think? Did she simply get her Asian countries mixed up, or is there something else going on here?