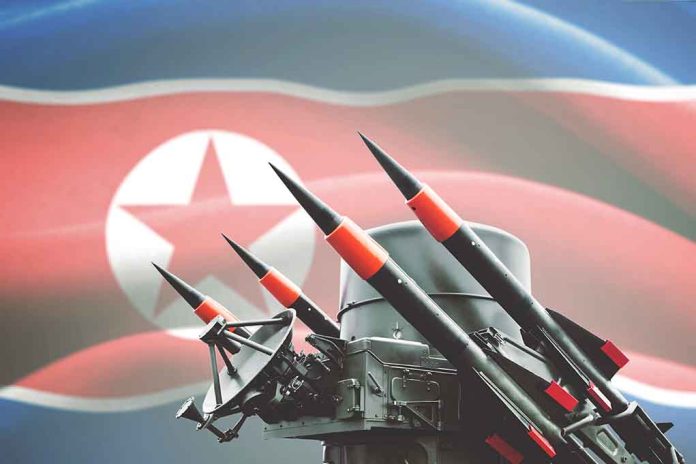 (WatchDogReport.org) – On March 24, South Korea’s military reported that North Korea did something it hasn’t done since 2017. According to the country’s Joint Chiefs of Staff, it fired an unidentified projectile, but South Korea and the US suspect the launch was part of an intercontinental ballistic missile (ICBM) system. ICBMs are designed to deliver nuclear weapons, and the strike range could potentially be long enough to reach the mainland United States.

Officials in Japan confirmed the projectile flew for 684 miles before falling into Japanese waters. Pyongyang officials claimed they were simply satellite launches, but Japan insisted the missile launched was more powerful than the one launched in 2017, and appeared newer. North Korea recently stated it might restart its nuclear and ICBM testing because of “hostile” US activity.

The United States and South Korea both condemned North Korea for the launch. The US called it a “brazen violation” of resolutions from the UN Security Council (UNSC), and South Korean President Moon Jae-in said the move was a breach of previous promises.

White House Press Secretary Jen Psaki spoke about the move, saying North Korea has to stop its “destabilizing actions,” and called for all countries to hold the country accountable for the violation.