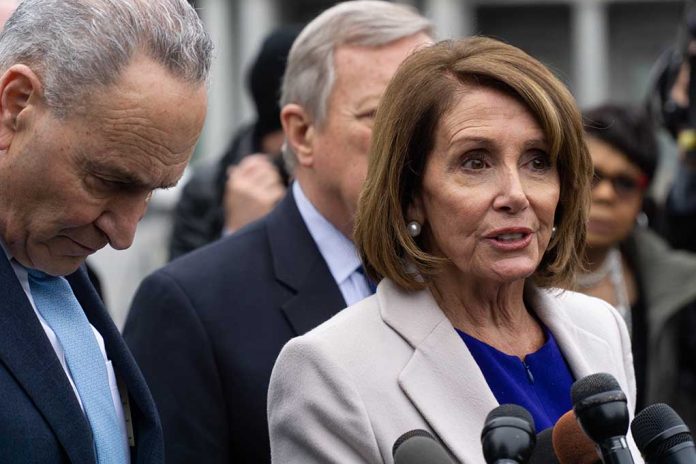 Pelosi On the Prowl: Are Your 2A Rights in Danger?

(WatchDogReport.org) – House Speaker Nancy Pelosi (D-CA) says the lower chamber of Congress may make a move to ban military-style semi-automatic weapons. With a vote already coming on new “red flag” laws, it would seem that the Speaker plans to ride the political wave of tragedy all the way to an all-out ban on “assault weapons.” Speaking to a crowd of gun control enthusiasts in San Fransisco, Pelosi said each one of these restrictive bills can “save lives.”

An All-Out Assault on 2A rights

Pelosi was very clear about what she finds dangerous and what she advocates for outlawing. High-capacity magazines, for one, were specifically mentioned, as were ghost guns, bump stocks, and the Left’s nemesis, “assault weapons.”

Pelosi didn’t mention any particular legislation, but there are several on the books that may be on her agenda. Rep. David Cicilline (D-RI) has a bill on the table that categorizes 205 weapons as bannable for purposes of manufacturing, sales, export, or trade. Legally purchased guns already in the general public wouldn’t be restricted or banned under Cicilline’s proposal.

Pelosi says Democrats are “trying to hit it every possible way,” presumably referring to the Second Amendment. With the long list of restrictions and bans they have planned, however, they may not have the kind of support necessary to move forward.

Not a Strictly Partisan Issue

Gun control legislation has virtually no chance of making its way through a deadlocked Senate. The 50-50 tie in the upper chamber, which Vice President Kamala Harris can break in favor of the Left on simple majority issues, becomes a 10-vote or more deficit on matters of new legislation.

On top of needing to convince 10 Senate Republicans, plus a few Democrats who may not be willing to strip their constituents of their rights, House Democrats would also have to crunch numbers to keep members in purple districts from backing out of a vote. While gun control might seem popular in urban areas, it may not be so easy to get past some blue-collar independent voters who appreciate their 2nd Amendment rights.

Zero Support from the Right

There appears to be nobody on the Right willing to risk their beliefs — or their political careers — to hop on board with any of the gun laws Democrats will push after a string of horrific shootings raised tensions and heightened emotions across the country. Unfortunately for them, Americans may not be ready to set aside their anger at those responsible and their grief for those lost to play politics just yet.