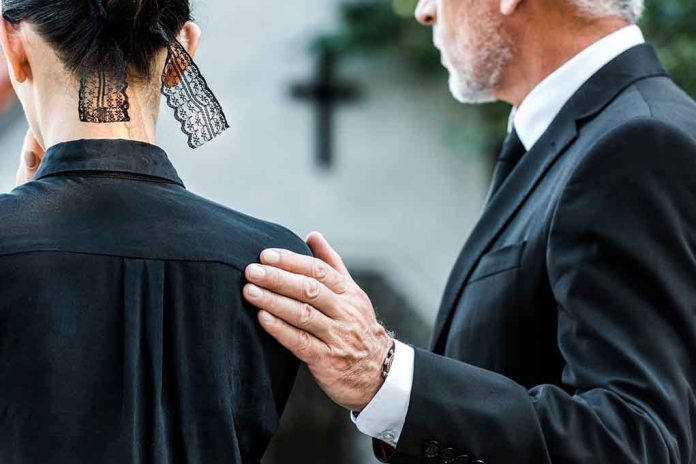 (WatchDogReport.org) – One’s wedding day is typically a joyous occasion shared with family and friends, in the vast majority of cases, it is — but not always. Brenda Wilson had just taken on the last name of her new husband, Jake Flint, on Saturday, November 26, when just hours later, tragedy struck, and she became his widow instead of starting their brand-new life together.

(NBC) – Country singer Jake Flint has died just hours after getting married, according to people close to him. He was 37. https://t.co/3hHXIEdcti

Flint was a singer-songwriter in the red dirt country genre and, according to his website, was born in Holdenville, Oklahoma, in 1985 — making him 37 when he died.

Red dirt music is hard to define even by industry insiders, but it’s named for the landscape around Stillwater, Oklahoma. The website Wide Open Country says it “is classified by rebelliousness, a refusal to bow to Nashville (Tennessee) standards” that blends sounds from rock, blues, and folk music.

His bio tells the story of growing up and being influenced by artists spanning a wide array of styles from John Denver to Nirvana to bluegrass-jazz group Béla Fleck and the Flecktones; the last was where he found his voice and style.

On Monday, Brenda posted a 30-second video of the two on her Facebook page showing them laughing and dancing underneath a tree she simply captioned, “I don’t understand.” On Tuesday, she added another heartbreaking message about how she was picking out clothes for Jake’s funeral instead of perusing wedding pictures with him.

Flint died in his sleep, and no cause of death had been determined at the time of publication.