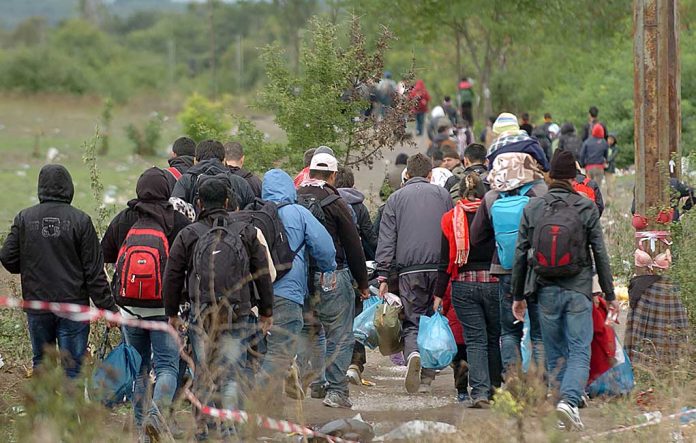 (WatchDogReport.org) – Sometimes, when a large group of people gathers together, an isolated event can cause violence, which can quickly change it into a rampaging mob. Such is the case that recently happened in the northern Italian towns Peschiera and Castelnuovo on the shores of Lake Garda.

Reports indicate that it was a group of boys and men, generally ages 16-18 with some thought to be no older than 12, numbering more than 2,000 and believed to be immigrants or descendants of parents from North Africa. Police say that a robbery-assault led to a brawl, which then turned into a violent throng terrorizing bystanders and looting storefronts in the area. Riot squads responded.

"A mob of an estimated two thousand or so young men, mostly from migrant backgrounds according to reports, terrorised towns along with Lake Garda in northern Italy, with reports of women being sexually assaulted, shop windows smashed and police attacked."https://t.co/ZKXvFPRemG

Riccardo Travaglini, the mayor of Castelnuovo, said he witnessed people in the crowd that were “waving flags of various African countries,” and other witnesses reported hearing rioters shout “We came to reconquer Peschiera. This is our territory, Africa must come here.” Afterward, there were reports of roughly 30 of the males surrounding 10 teenage girls (15-17 years old) on a train returning to Milan. An Italian lawmaker shared a picture of some of them waiting for their parents at a police station on her Twitter page.

The thugs accused them of being where “white women” don’t belong and then began forcibly groping and otherwise sexually assaulting the girls. The specifics of these events were not publicly released.