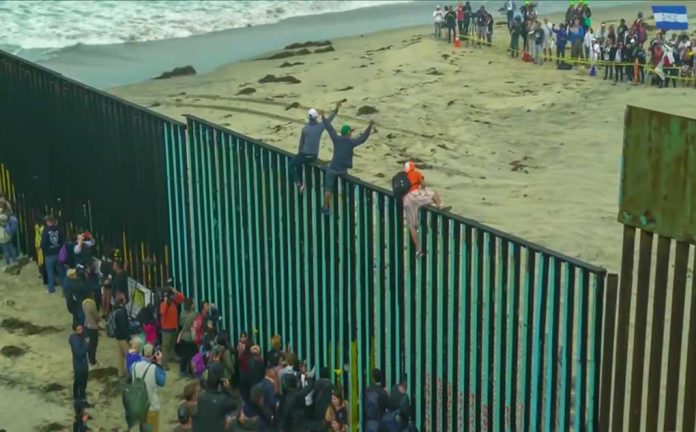 (WatchDogReport.org) – Before he even took the oath of office, President Joe Biden made it clear he was planning to open the border between the United States and Mexico and invite illegal aliens into the country. The latest victim of his policy is 50-year-old Indian national Brijkumar Daxiniprasad (some sources add “Yadad” to the surname), who fell to his death trying to scale the wall between San Diego, California, and Tijuana, Mexico, while holding his three-year-old son.

Father with three-year-old son in his arms falls to his death from border barrier | Daily Mail Online https://t.co/j4RkFQBY0p

Daxiniprasad’s unidentified wife was reportedly climbing with them when all three tumbled from the top of the wall; he and the boy landed back in Mexico, but the woman ended up on the American side. She reportedly suffered non-life-threatening injuries, including a fractured hip, while her son was cleared by Mexican paramedics and reunited with his mother in her hospital room.

Biden has publicly announced his intent to do away with the Title 42 orders on illegal immigration put in place by former President Donald Trump on December 21. Reports have said thousands of potential border crossers have queued up in Mexico in anticipation of this. However, on December 19, Chief Justice of the United States Supreme Court, John Roberts, put a temporary stop to that by granting a request by 19 states for an emergency stay.