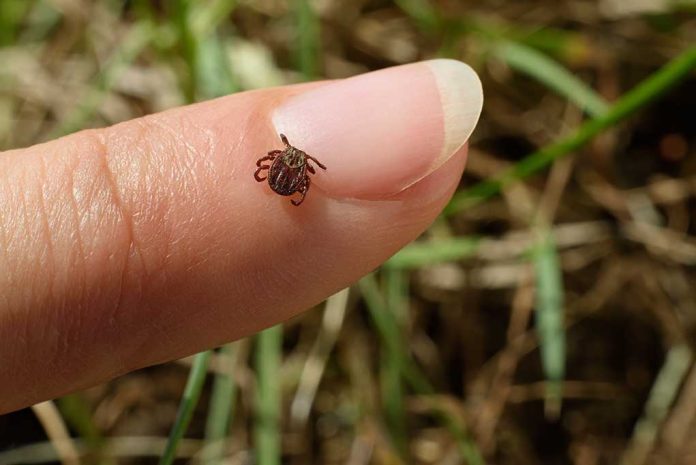 (WatchDogReport.org) – Lone star ticks are small, brown, and may have a silver spot on their backs and can be found in the eastern, southeastern, and midwestern parts of the United States. On March 16, a report showed some of the tick population in Georgia carries the Heartland virus, which they can pass to humans and can be fatal.

A virus unknown until a little more than a decade ago is circulating among lone star ticks in Georgia, @EmoryUniversity scientists say. #gahealth (via @gahealthnews)https://t.co/8XVwUAvD1c

According to the CDC, a bite from an infected tick can cause fever, lack of appetite, headache, nausea, joint pain, diarrhea, and result in hospitalization. Blood tests could also show low platelet and white blood cell counts. Unfortunately, antibiotics are ineffective. The CDC states that there is no vaccine or treatment available for the heartland virus, meaning the best doctors can do is try to mitigate the symptoms while the body fights the infection.

The bite from an infected lone star tick resulted in a couple of documented deaths, prompting a study of its movements. Symptoms begin about two weeks after a bite.

The best way to avoid infection is to limit exposure to ticks entirely by avoiding bushy or wooded areas with high grass during warmer months, using DEET insect repellants while outside, and sticking to established trails while hiking. When arriving home, inspect clothing, body, hair, pets, and gear for ticks.