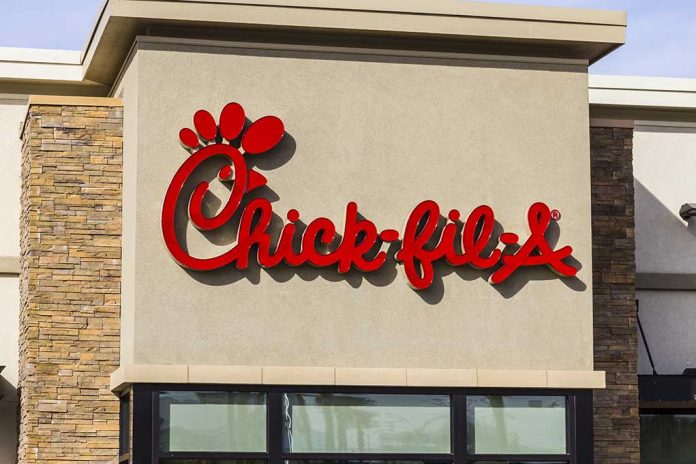 (WatchDogReport.org) – In 2012, fast-food chain Chick-fil-A faced backlash after donating to anti-LGBT groups. The restaurant chain listened to customers and stopped giving to the organizations. Almost 10 years later, people on the Left are still trying to punish the company. But, one senator said he isn’t going to let Democrats cancel the restaurant.

Recently, Chick-fil-A has been in the news again because of a movement to ban the restaurant from the University of Notre Dame. On Monday, July 12, Campus Reform reported a group of students sent a letter to the university’s campus dining department objecting to plans to open a restaurant location at the school.

The group claimed the company was donating to “queerphobic groups,” including an organization that helps Christian student-athletes. However, the restaurant actually stopped donating money to that charity years ago. Fox News reported about it in 2019. That’s not all the students were made about, though. They were also angry that Chick-fil-A gets chicken from industrialized farming — as many chain restaurants do — and started ranting about meat consumption.

Senator Lindsey Graham (R-SC) expressed disgust by the movement to ban Chick-fil-A. He told his constituents that he would “go to war” to protect the beloved fast-food chain if he had to.

I want everyone in South Carolina and across America to know I have Chick fil-A’s back.

I hope we don’t have to, but I will go to war for the principles Chick fil-A stands for.

The Washington Post soon attacked the senator for promising to protect the company. The newspaper accused him of standing up for “Big Chicken” and mocked his involvement.

Meanwhile, the whining students didn’t convince Notre Dame to cancel the restaurant. The historically Catholic school said they believe Chick-fil-A “responded to these issues in a satisfactory manner.” Further, students at the school “overwhelmingly” made it known they wanted the restaurant on campus.

The argument that Chick-fil-A is anti-gay is devoid of fact. Sure, the owner of the chain, both privately and through the company, once donated money to the organizations the Left was whining about, but not because they hated gay people. The restaurant chain was built on Christian values; it’s even closed on Sundays to allow employees to observe the day of rest. The organizations they gave money to were religious in nature.

When some of their customers expressed disappointment because of other causes those groups supported, the company stopped donating to them. They didn’t have to do that, but they did anyway.

Also, those who hate the restaurant chain because of those donations completely ignore all of the good the company has done. For example, in 2016, a Chick-fil-A in Orlando opened its doors on a Sunday to feed people who were in line donating blood to the victims of the Pulse shooting. They also fed first responders who were dealing with the aftermath of the massacre that left 49 innocent people dead, many who were members of the LGBT community.

Would they have done that if they hated gay people?

It seems the Left is just attacking to attack without any real reason, and that’s ridiculous. No wonder Graham spoke out.