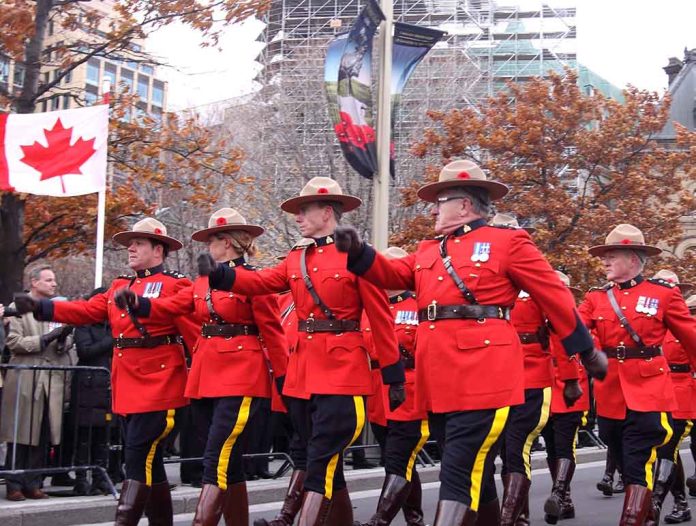 (WatchDogReport.org) – Canadian Law Enforcement Officers are under fire after a flurry of texts from cops covering the Ottawa Freedom Convoy protests showed not just a lack of compassion for their fellow countrymen, but a desire to actually do them harm. The newly uncovered texts come at a tumultuous time for local law enforcement after officers on horseback reportedly trampled protesters.

This is disturbing. Is the woman with the walker trampled by Mounted Unit horses alive? Is she in surgery? Has ⁦@SIUOntario⁩ been notified? Do you have any concerns or comment ⁦@OttawaPolice⁩ ⁦@JustinTrudeau⁩ ⁦@fordnation⁩ ⁦@JimWatsonOttawa⁩ – Why? pic.twitter.com/X251vZiIaq

In the texts, allegedly secured from private, back-channel police chat rooms, officers from both Ottawa and the Royal Canadian Mounted Police (RCMP) show that they have no problem treating the protesters as something other than human beings fighting for their rights.

Officers posted pictures of themselves and their colleagues laughing it up and having a good time at a lush Ottawa restaurant, bragging about the quality of the buffet. That’s just before one officer suggests the protesters should “hear the sound of our jackboots.”

Another cop posted a picture of his beer, adding they should all make a toast to the overtime they’re getting and try to take their time removing the protesters so “next weekend’s shift gets a turn.” The entire situation seems to be fairly amusing to the local police, which is contrary to their messaging in public – one of unwavering intolerance for the people’s freedom of speech.

All of these pictures of smiling cops happily eating, drinking, and applauding their overtime pay while talking about doing citizens harm doesn’t seem to faze Prime Minister Justin Trudeau, nor does the report of a woman being trampled give him pause as he calls for an extension to his emergency powers. Trudeau simply shrugged it off when asked about the incident, as though she didn’t matter to him at all.