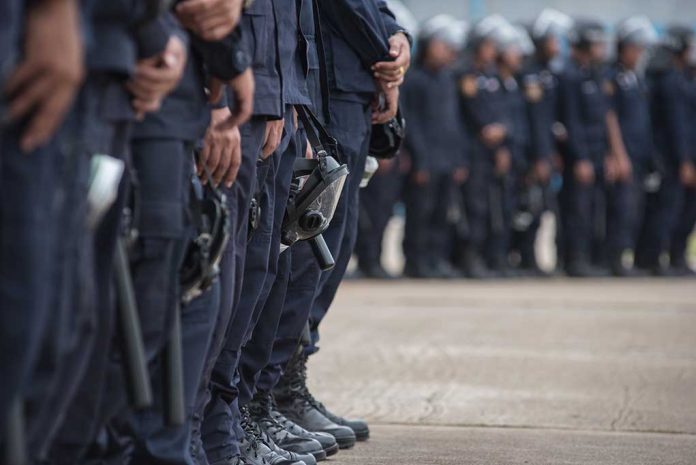 (WatchDogReport.org) – President Joe Biden has made multiple statements letting Americans know that he wants stricter gun laws in the country. In the wake of these statements, a group of sheriffs is vowing to protect the Constitution.

Earlier this month, on June 1, every sheriff in the state of Utah signed a letter promising to try to protect the Second Amendment from government overreach. The letter from the Utah Sheriffs’ Association states that “increasing public concern to safeguard constitutional rights” prompted the 29 sheriffs to sign the letter. They point out that the Constitution specifically states that the right to bear arms “shall not be infringed” and go on to say that right is “indispensable to the existence of a free people.”

God bless the sheriffs from the state of Utah! https://t.co/9Fhuij29vj

The sheriffs do not mention which laws they would object to if they pass. However, they do make it clear they recognize that sometimes bad people commit horrible acts of violence, but that does not mean law-abiding citizens should pay with their constitutional rights. The sheriffs also mention that the state government should preserve the rights and freedoms of the people.

It’s great that the people of Utah have leaders who have such great respect for American rights. Hopefully, others will follow their lead.