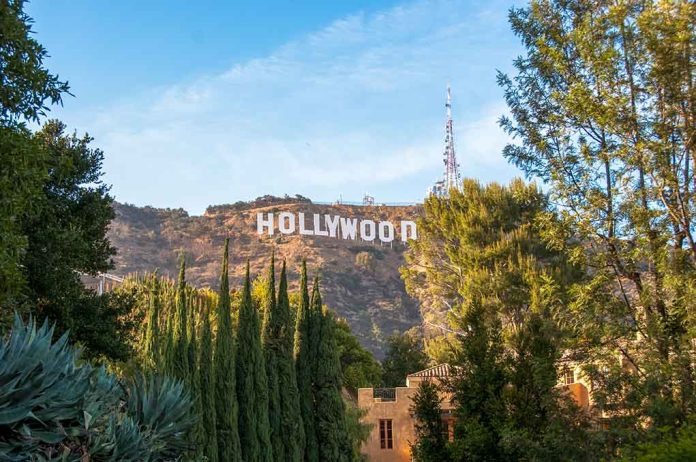 (WatchDogReport.org) – Former child actor Jennette McCurdy, who played Sam Puckett on Nickelodeon’s “iCarly” between 2007-2012, made headlines recently because of her memoir, ominously titled “I’m Glad My Mom Died.” Now, Alexa Nikolas, who appeared on that network’s “Zoey 101,” has, quite literally, taken to the streets to protest her treatment during her stint with Nickelodeon as a teenager outside the kids’ TV studio’s California base.

The signs include “Nickelodeon didn’t protect me,” “Eat predators” and “Sickelodeon.” pic.twitter.com/5M1M4SU1sh

McCurdy’s book does not name the man who she alleges gave her alcohol when she was still underage and forced her to wear a revealing bikini on set, referring to him only as “The Creator.” Nikolas does not hold back when she displayed a poster during her protest that proclaims Dan Schneider as “the creator” of childhood trauma.” Schneider was a showrunner associated with both of the sitcoms.

Nikolas and her group “Eat Predators” held up that sign and others to draw attention to her allegations while chanting, “protect survivors, not predators.” Another sign renames the network as “Sickelodeon,” and a third asked, “How Many NDAs?” A reference to nondisclosure agreements the network requires of its casts and crew.

In addition to targeting Nickelodeon, Nikolas and her group are also blasting the music industry, including her ex-husband, Michael Milosh. The former child actress is accusing her ex of grooming and sexually abusing her from the time she was a teen.

The group has previously protested Sony and Warner music entertainment companies. Their goal was the same as the protest at Nickelodeon: release victims from their NDA agreements and hold abusers accountable.