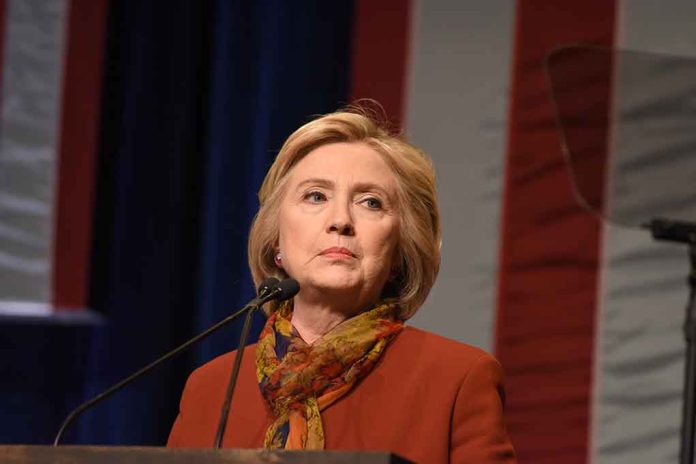 Hillary Clinton BUSTED – Called Out for All to See!

(WatchDogReport.org) – Since 2016, a recurring theme in America has kept floating to the surface: former Secretary of State Hillary Clinton’s emails. In response to the discovery of White House files at former President Donald Trump’s home in Florida, Republicans used the opportunity to remind Democrats that “classified” wasn’t always so important to them, prompting Clinton to engage in a misinformation campaign on Twitter.

I can’t believe we’re still talking about this, but my emails…

As Trump’s problems continue to mount, the right is trying to make this about me again. There’s even a “Clinton Standard."

The fact is that I had zero emails that were classified.

Unfortunately, her statement is an all-out lie. It’s common knowledge that the Department of Justice (DOJ) found dozens of email chains with over 100 pieces of classified material passed through Clinton’s basement in New York rather than a secure government facility. It didn’t take long for the Right to come to life, scorching the former presidential candidate for her obvious mistruths.

Judicial Watch President Tom Fitton offered what may be the most accurate description of Clinton’s words when he tweeted, “Fact-Check: Astonishingly false.” Because Clinton’s tweet is still there and not covered with a misinformation warning label, it’s probably safe to assume the platform’s policy enforcers have decided to overlook the secretary’s transgressions.

Trump was never shy about his attitude toward Clinton’s mishandling of confidential information. Democrats, including Hillary Clinton, seem to believe the rules don’t apply to them.