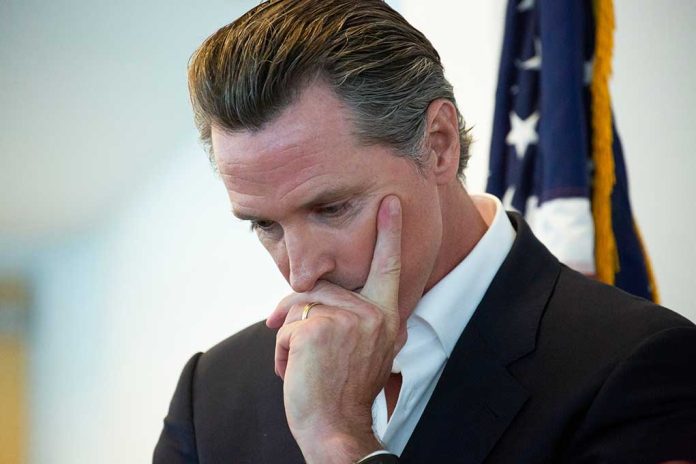 Governor Sparks OUTRAGE After Telling Citizens NOT To Do This

(WatchDogReport.org) – California’s Democratic Governor Gavin Newsom has been a huge proponent of eliminating gasoline-burning cars. The state’s recent announcement that the sale of those vehicles will be banned by 2035 is seen by some as a noble act to save the planet. However, the request to citizens in the lead-up to Labor Day weekend shows the huge fly in the governor’s ointment.

Citing concerns of a heat wave that could stress the electric grid, Newsom asked denizens of the Golden State to avoid charging their electric cars during certain hours.

The number most reported is there are approximately 600,000 electric cars on the road in California, and some are wondering what might happen when that figure increases by a factor of 25. Between the edict that would see combustion engines outlawed — and the intent to shut down the last nuclear power plant in the state by 2025 (which is responsible for almost 9% of all electricity produced) — there are those questioning the sanity of people making the decisions.

Chuck DeVore, a former California assemblyman, is counted among the people questioning the wisdom of those in charge in light of this latest shocking request. In an interview on “Fox & Friends First,” he warned California could be leading the way for the entire country, saying, “This is a glimpse into America’s Future.”

This from the same state that’s going to force everyone to buy electric cars by 2035.

This is what Democrat control looks like—and they want it nationwide. What a joke. pic.twitter.com/8tS3KsQWqR

House Minority Whip Steve Scalise (R-LA) mocked the move, tweeting, “this is what Democratic control looks like… what a joke.”