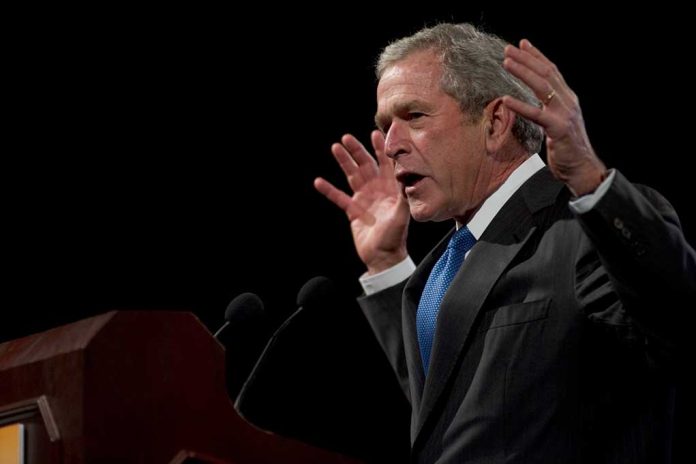 (WatchDogReport.org) – In the wake of 9/11, former President George W. Bush started not one, but two wars. He sent American troops to both Iraq and Afghanistan. Nearly 20 years later, US troops are still in those countries, but their numbers are dwindling. However, the former president who started the conflicts seems to have a problem with them ending.

In an interview released on July 14, Bush called the decision to pull troops out of Afghanistan a “mistake.” He told German broadcaster, Deutsche Welle, he thinks women and girls are going to be “slaughtered.” Bush went on to say the situation breaks his heart.

Former President George W. Bush criticized the Western withdrawal from Afghanistan in an interview with a German broadcaster, saying he fears that Afghan women and girls will “suffer unspeakable harm.” https://t.co/k8YIqffpqZ

This isn’t the first time the former president has spoken out against pulling troops out of the country. In May, he told Fox News he didn’t think it was “necessary” to bring American soldiers home and said he was worried about the void the US and UN would leave when they pulled out the country.

Although Bush is right, there’s a concern about what will happen to vulnerable people in the country, is that reason enough to stay? Both President Joe Biden and former President Donald Trump don’t think so, and they agree on almost nothing. Isn’t 20 years long enough?