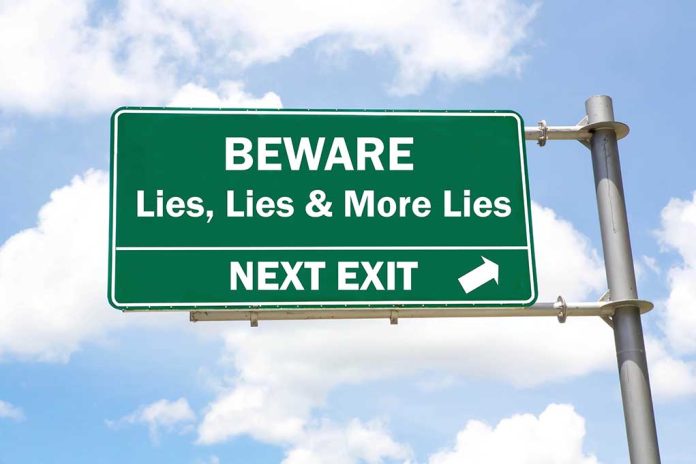 (WatchDogReport.org) – Many Democratic Party politicians will push a narrative regardless of how badly they must twist the truth, but having the internet means many actions and words will live forever. Past statements came back to bite Stacey Abrams after she claimed in a recent CNN appearance that she did not dispute the results of her previous attempt to become governor of Georgia in 2018.

Last night, Stacey Abrams claimed she “never denied the outcome” of her 2018 loss.

But Abrams repeatedly said she “won” and the race was “stolen.”

Abrams was interviewed after US District Judge Steve Jones, who was appointed by President Barack Obama, drove a stake through the heart of a lawsuit from the Fair Fight advocacy group — founded by Abrams — that tried to claim voter intimidation and fraud in that past election.

Judge Jones wrote a 288-page ruling where he said the Georgia election system might be imperfect. He said, “the challenged practices violate neither the constitution nor the VRA [the Voting Rights Act].”

In her non-concession speech from November 2018, Abrams declared she could not truly concede because to do so “means to acknowledge an action is right, true or proper.” Now, she has made the claim she never denied the legitimacy of the election. But as the video above from the RNC Research tweet shows, and whether one wants to use the term bold-faced, barefaced, or bald-faced lie, the end result is the same: she got caught.