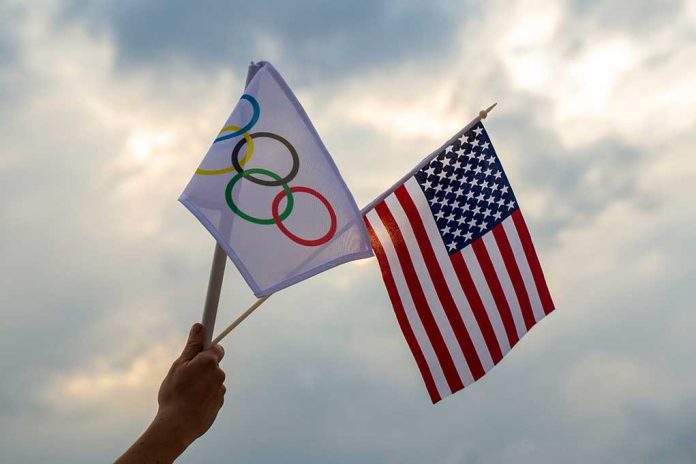 (WatchDogReport.org) – In 2012, during the summer Olympics, ESPN writer Bill Rhoden wrote an article titled, “Opening Ceremony Brings Out the Good Side of Nationalism.” The article discussed the excitement of the sporting event and how he felt the opening ceremony was the most “significant event” on his sports calendar. Almost a decade later, he’s changing his tune.

Rhoden is facing backlash after comments he made about the Olympics and opening ceremony on July 26. He started out talking about how the US feels entitled to gold medals. He said the opening ceremony has always been his favorite part of the Games, but “after these last four years,” he has to admit “nationalism is wrong,” undoubtedly referring to his 2012 article.

The sportswriter said he’s been thinking about the Capitol Riots, and he wonders what America he lives in when he sees the flag raised now. Does he live in one where people don’t support him, or where people want to lock it down? He went on, saying the Olympics “should be a time of soul searching.”

WATCH: Legendary sportswriter Bill Rhoden (@wcrhoden) discusses #TeamUSA's rocky start at the #Olympics and why he thinks the games should've been cancelled. pic.twitter.com/Lf4LCjXj8r

People immediately lashed out at Rhoden, saying they were disappointed to hear what he had to say.

It seems there are people who are equating the American flag with hate, rather than the hope it really represents more often. The symbol of freedom is being increasingly attacked by people in the media and Democrats across the country — and, that’s not sitting right with American patriots.