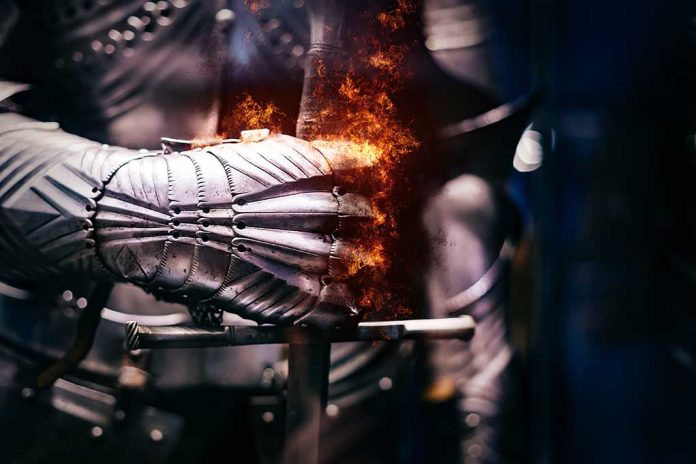 (WatchDogReport.org) – Divers find all kinds of cool things while they’re in the sea. Shipwrecks, treasure, corpses, cars … you name it and a diver has probably seen it under the sea. Recently, an explorer in Israel found something really cool.

According to reports, the Israel Antiquities Authority revealed Shlomi Katzin, a diver, discovered something incredible while in the waters off of Carmel Beach on the country’s northern coast. He found a sword that’s believed to have belonged to a knight during the Crusades — 900 years ago.

An Israeli scuba diver found a sword that likely belonged to a Crusader :: anchors found were used as early as the Late Bronze Age — or 4,000 years ago : NPR https://t.co/uD6tIxy8Y9

The Crusades took place from 1095 through 1291. They were a series of religious wars attempting to take back control of the Holy Land in Jerusalem and its surrounding area from Islamic rulers. Ironically, nearly 1,000 years later these skirmishes between Christians and Muslims are still happening.

Nir Distelfeld, the inspector for the Israel Antiquities Authority’s Robbery Prevention Unit, spoke to the Times of Israel about the find. He called it a “beautiful and rare find” that was “preserved in perfect condition.” The sword will now be cleaned by experts and studied before Israel puts it on display for the public to see. Finding artifacts like this is always incredible, and Katzin now has quite a story to tell.