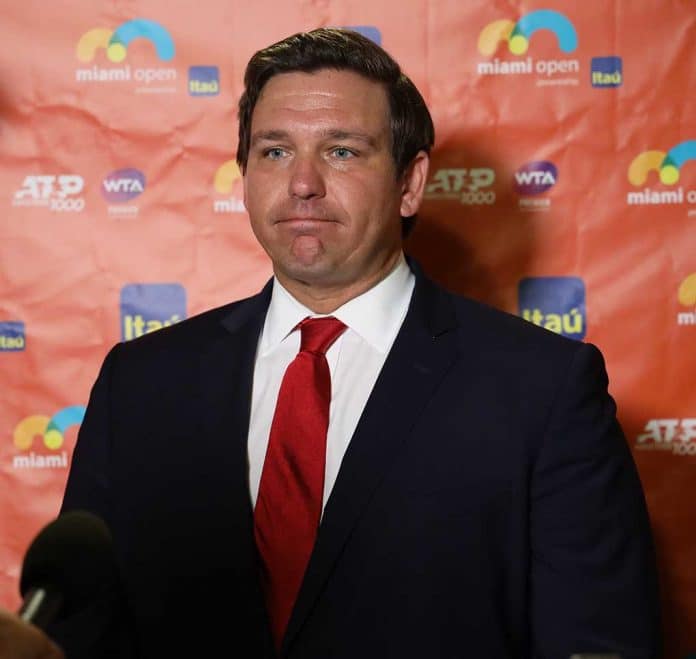 (WatchDogReport.org) – Democrats have been attacking Florida Governor Ron DeSantis (R) since the beginning of the COVID-19 pandemic. The media has portrayed him as some kind of monster who wants to kill the people he represents. Now the Left is even blaming him for the Omicron variant.

On Christmas Eve, the Miami Herald published an op-ed written by columnist Fabiola Santiago titled, “Last lesson of 2021, Florida: Omicron happens when we act selfishly, like Gov. DeSantis.” The piece claims the increased infection rates in Florida are the result of people taking risks because the governor allegedly failed to put “sensible policies” forward and talk to his supporters who “most need to hear an endorsement of science over quackery from him.” The op-ed went further, claiming DeSantis is “peddling treatment over prevention.”

The op-ed is fundamentally dishonest. The deception is clear as soon as one glances at the article. The title claims he caused Omicron when the variant began in South Africa. It then spread across the US and became responsible for most of the new infections … everywhere. To blame DeSantis for a variant that started on another continent and then say the spread of the illness is his fault when it’s spreading just as quickly in Leftist areas is mind-blowing – but not surprising.

DeSantis became a target of this kind of rage from the onset of the pandemic. Democrats who wanted strict lockdowns across the country hated that he left it up to his counties in the beginning and eventually prevented any mandates at all. While Florida continues to thrive, other places like New York and California are experiencing difficulty. The truth is, DeSantis wasn’t the selfish one, all of the leaders who caused Americans to suffer economic hardships and loss of personal liberties just so the Left could feel safe are the ones being thoughtless.