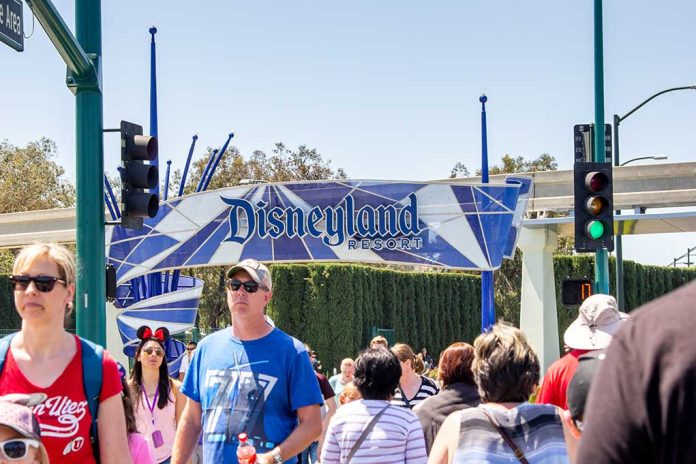 (WatchDogReport.org) – Most people associate Disneyland with fun and joy; however, one man apparently chose to use the location to end his life. Christopher Christensen, 51, plunged to his death from the Mickey & Friends parking structure at the Anaheim, California, park on the evening of Saturday, December 3.

Christensen had spent more than two decades as an educator and administrator in the Fountain Valley School District and, at the time of his death, was the principal at Newland Elementary School in Huntington Beach. According to his farewell post on Facebook, which was not published until several hours after his death, he was facing a court hearing on the following Monday on two misdemeanor charges.

The social media letter told his friends how he had a private wedding approximately three-and-a-half years ago and was, in fact, married to Marlena, apparently not something that was widely known. He wrote that “two weeks ago,” the couple had an explosive argument “in front of the girls,” and his wife reported him to the police.

Christensen claimed Marlena had acted in anger, and she was working to undo the damage done, but that he was the victim of a deeply-flawed legal system and was “on the brink of losing” his position.

If you are contemplating suicide or facing issues tempting you to believe that is an answer, help is available 24/7/365 by dialing 988 on your telephone or going online to the Suicide & Crisis Lifeline here.