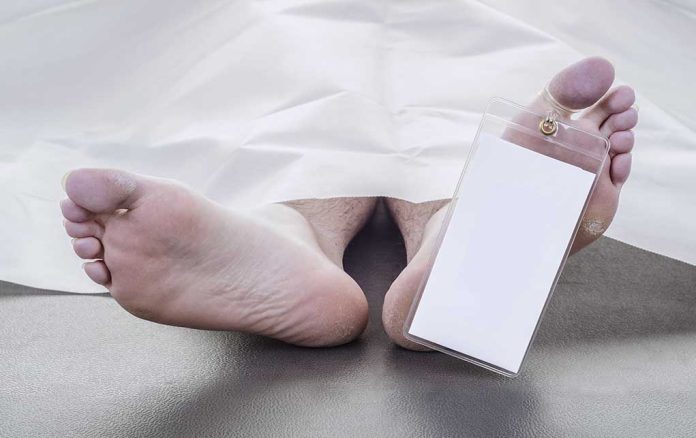 (WatchDogReport.org) – Police in Woonsocket, Rhode Island, responded to a call for a welfare check on two elderly individuals at the home of a former city mayor because they had not been seen “for a couple of weeks.” Officers gained access to the house by breaking through a rear window and discovered two badly decomposed bodies, one male and one female, on Monday, September 19.

Authorities in Woonsocket, Rhode Island, found the bodies of an elderly man and woman decomposing inside a house owned by the former mayor. https://t.co/c9xSRvJ4CY

The remains were sent to the state Medical Examiner’s Office, which identified one of the victims as Susan Menard, who served as mayor from 1995 until she stepped down in 2009. She still holds the distinction as the longest-serving mayor in Woonsocket history. Media reports indicate that next-door neighbor Freddie Herrera is the one who made the call to the police, leading to the gruesome discovery.

Herrera said he noticed a strange odor coming from the house on Sunday. As he walked around the property on Monday, he noticed “a lot of flies around the windows,” which is what prompted him to make the call. Authorities have said they have not yet identified the other body, and foul play is not suspected, but acknowledged the pair had “medical issues that were pretty significant.” There’s currently an investigation underway.