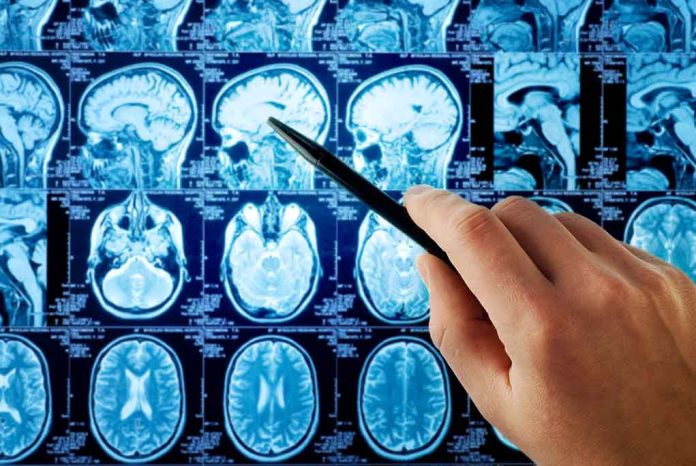 (WatchDogReport.org) – There probably isn’t a single NFL fan who hasn’t cringed at the sight of a quarterback (QB) getting leveled with a blindside sack or a wide receiver (WR) on a crossing pattern meeting up with a defensive back (DB) with a loud “CRACK!” that can be heard throughout the stadium. These hits often lead to concussions, and players who repeatedly suffer these injuries are prone to develop chronic traumatic encephalopathy (CTE). Former Denver Broncos star WR Demaryius Thomas, who died suddenly on December 9, 2021, is the latest to have been diagnosed with the syndrome.

Doctors have posthumously diagnosed Demaryius Thomas as having Stage 2 CTE when he died in December, per Ken Belson.

The official cause of his death is yet to be determined. pic.twitter.com/z8zl74Z6XT

CTE can have a brutal impact on players and their families as it can cause memory loss, difficulty thinking, emotional instability, and increased aggression. Thomas’s father describes watching his son fall deeper into his paranoia, saying it had gotten so bad he never saw his child leave home without a gun in the months before his death.

Determining who may be at risk for the condition is proving nearly impossible for researchers who have found the only way to diagnose it is by examining the brain during an autopsy, or other postmortem inspection. One study done by the Players Association (NFLPA) found that there were on average 247 concussions per year in the years 2015 to 2019, which does not include sub-concussive hits that can cause brain injuries that don’t meet the criteria for a concussion.

Do you think there needs to be more safety precautions to hopefully prevent CTE in future players?