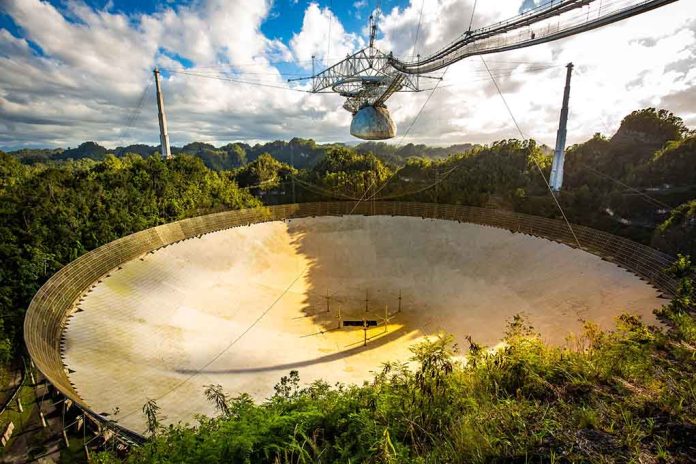 (WatchDogReport.org) – Many people who look up at the vast expanse of the nighttime sky seeing all the stars have asked a question along the lines of “are we alone in the universe?” Universities, nonprofit organizations, and governments put a lot of money into the search. For example, the SETI Institute in the United States reported to the IRS that it received contributions and grants of more than $26 million for the 2020 tax year. However, China’s newest claims on the subject are turning heads.

The search for other intelligent life is also big in China. The “Sky Eye” radio telescope used by scientists with the Beijing Normal University captured what it calls “suspicious” signals that could be a sign of a civilization with advanced scientific capabilities.

The dish used to collect the signals has a diameter of approximately 1,600 ft. (approximately 500 m), which means it takes up something close to 46 acres of land in the Guizhou province countryside. The story first broke on the state-run Science and Technology Daily website, which quoted the lead scientist, Zhang Tonjie, as saying the odds of this being radio interference were also quite high. Although the report has been picked up by media outlets worldwide, it appears to have been taken down without explanation.