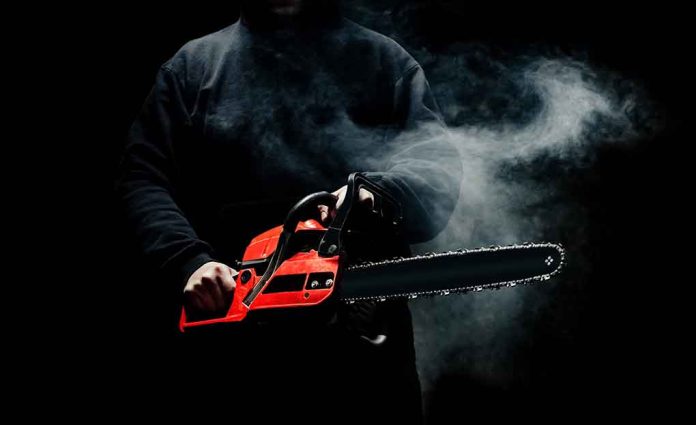 (WatchDogReport.org) – Under Governor Greg Abbott, Texas is one of the reddest states on the map, but there are plenty of blue blemishes that represent the urban centers. That is an issue facing some residents in the state capital of Austin, where their neighborhood is being overrun by the unfortunate souls in the ever-growing number of homeless encampments. One case, in particular, involves a man who wanders around a residential neighborhood with a chainsaw frightening the homeowners — and both parties are being failed by the prosecutor’s office and the courts.

Court records show Rami Zawaideh has been charged with criminal trespassing five times. The County Attorney rejected prosecuting him three times, one case is still pending, and another is active. https://t.co/8hf2durO7o

Rami Zawaideh has been arrested for criminal trespass — a misdemeanor — five times between July 27 and October 18 in the Cherry Creek Central neighborhood in South Austin. The prosecutors declined to pursue the first three cases further, according to Travis County court’s online records.

Part of this may be due to the progressive District Attorney, José Garza, who rolled to victory at the polls in 2020, along with many other soft-on-crime prosecutors bankrolled by leftist billionaire George Soros. According to the Austin Bulldog website and its analysis of his campaign finances, multiple PACs donating to the DA’s war chest have connections to the mega-donor.

According to the Travis County court records for the first arrest of Zawaideh in July, the defendant was to undergo an article 16.22 assessment, which comes into play if the “Sheriff’s office receives credible evidence that [they] may have mental illness.” But instead, Garza’s office simply sent him back out on the streets, leaving residents frustrated.

Hopefully, the judge who ordered another assessment in connection with the September 21 arrest will have better luck — for Zawaideh’s sake and for the residents as well.