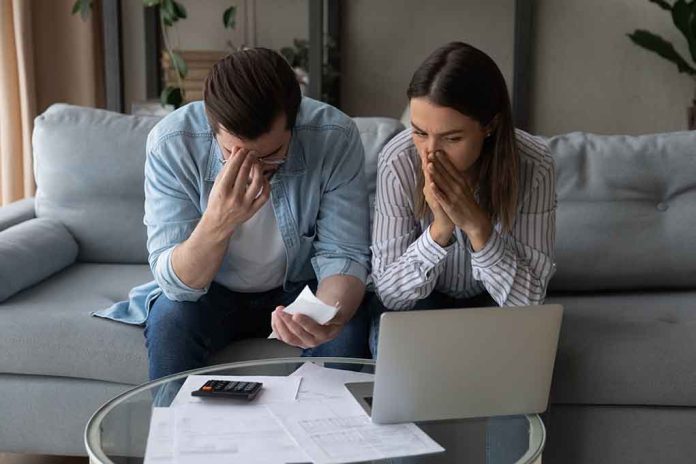 (WatchDogReport.org) – During the 2020 presidential election campaign, then-candidate Joe Biden included a promise to reduce the debt burden of people who received federal loans to pay for college. In August 2022, probably not coincidentally, roughly three months before the midterm elections, where the majority is up for grabs in Congress, he issued a press release saying eligible borrowers would have $10,000 slashed from their balances. This figure gets bumped to $20,000 if they received Pell grants.

Now, there’s a lawsuit related to the president’s promise.

The Pacific Legal Foundation (PLF) filed suit against the administration, specifically the US Department of Education (DOE), and Miguel Cardona as the Secretary of Education. The plaintiff in the case is Frank Garrison, who happens to be an attorney with the PLF and would be negatively impacted because he lives in Indiana. Should his loan be forgiven under Biden’s plan, Garrison would owe upwards of $1,000 in State income tax, which gives him standing to bring the challenge.

The administration is claiming authority under the HEROES Act of 2003, which was, the lawsuit claims, passed to help veterans of the Iraq war and their families. The court document goes on to show how Biden is including the COVID-19 pandemic in the “national emergency” clause of that law — even after admitting it was “enacted in the wake of the September 11 attacks.”

The lawsuit’s first count — requesting an immediate injunction to prevent the DOE from moving forward — relies on the idea that an executive branch agency can only make rules when Congress has given it the authority to do so. It makes a bold yet simple claim, saying, “the Department has no lawful authority to issue the rule.”

The second argument states enacting the rule would be “a violation of US Constitution, non-delegation doctrine and Separation of Powers.” The plaintiff then asks for a permanent injunction to prevent any program from taking effect, and attorney fees and plaintiff costs.

This is the question that Luke Martz brings up in an opinion he wrote published in the Des Moines Register. His objections are more practical than legal, arguing that “the proposal is a naked effort to buy the votes Democrats need.”

Pointing out that the Left likes to preach an idea of “fairness,” Martz asks why, as an example, an HVAC technician who didn’t take on college debt should be burdened with someone else’s? In his opinion, no one should be taking on debt they can’t afford, nor should they expect others to pay it for them. He closes by knocking Progressives and their “flawed policies” for finding that idea controversial.