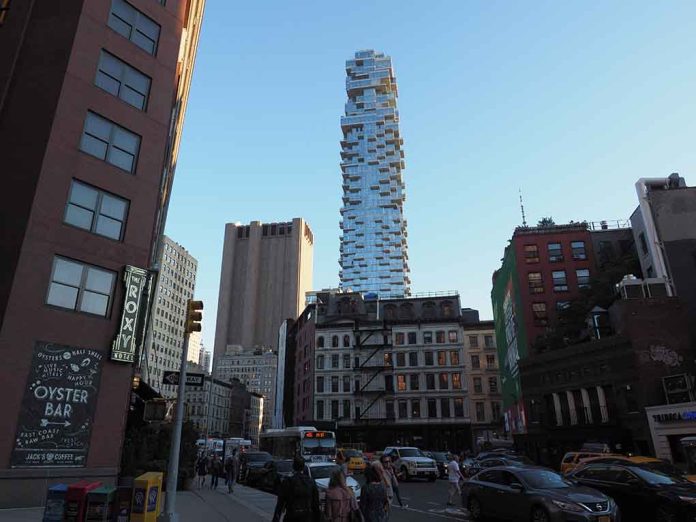 (WatchDogReport.org) – As if more proof were needed that money can’t buy happiness, a wealthy man worth millions of dollars, whose compensation package (salary plus stock) was almost $3 million in 2021, died in an apparent suicide on the afternoon of September 5. The Chief Financial Officer (CFO) of Bed Bath & Beyond (BBB), Gustavo Arnal, 52, reportedly jumped from the balcony of his 18th-floor luxury apartment located in the Tribeca neighborhood of Manhattan, New York.

A man who died after falling from a building in NYC was identified by police as Gustavo Arnal, the chief financial officer of Bed Bath & Beyond

The death comes days after Bed Bath & Beyond announced plans to close about 150 stores and cut its workforce https://t.co/5JAZ1UkesI

According to official reports, Arnal did not leave a note, nor did he say a word to his wife, Alexandra Cadenas-Arnal, 36, who was in their home at the time. However, there’s speculation that troubles in his professional life could have been weighing heavily on his mind.

A class action lawsuit was filed in federal court against Arnal and Ryan Cohen/RC Ventures LLC, alleging they pulled what’s known as a “pump and dump scheme” regarding BBB stocks. The suit claims they conspired to inflate the price of the stocks (Cohen) and prevent “insiders” from selling their shares as the prices went up (Arnal).

The lawsuit claims Cohen and Arnal managed to push the per-share price of the stock from $4.38 to $30 between July 1 and August 17, resulting in other shareholders losing $1.2 billion collectively. The CFO’s death came just days after the company announced a 20% reduction of its corporate staff and plans to close 150 retail locations.

If you or someone you know is having thoughts of suicide, please contact the Suicide & Crisis Lifeline at 988.