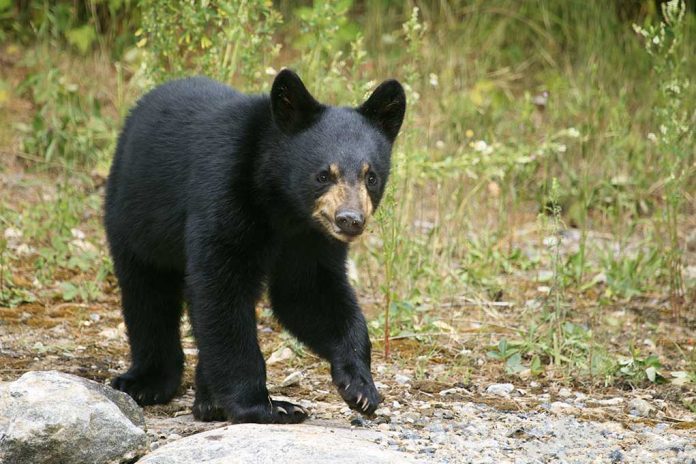 (WatchDogReport.org) – As the US grows, forests are being replaced by suburban neighborhoods. The urban sprawl leaves some animals with a shrinking habitat, which forces them into populated areas to look for food. Recently, California shoppers saw that happen when a wild animal entered a supermarket.

In early August, shoppers at Ralphs supermarket in Porter Ranch received a shock when a black bear entered the store. A video shows the young animal walking through the aisles, smelling along the way. Eventually, it wandered back out the front doors.

The California Department of Fish and Wildlife found the bear cub later under a trailer at a construction site. An officer tranquilized the 120-pound bear and released him into the Angeles National Forest.

That wasn’t the first time residents of the Golden State have seen a bear in a grocery store. In 2020, one of the animals entered a Safeway in Lake Tahoe. It walked around the produce section, munching on goodies.

WATCH: For the second time in just over a week, a Safeway grocery store in Lake Tahoe got an unexpected visitor: a bear. https://t.co/jOkLhiGUlP
(Credit: Rubī Nevarez) pic.twitter.com/MvUnankoLm

Although some people might think it’s cute or funny when a bear enters a store to obtain food, it can actually make the animal more aggressive over time because they lose their natural fear of humans. That could lead to injury or death for both animals and people.