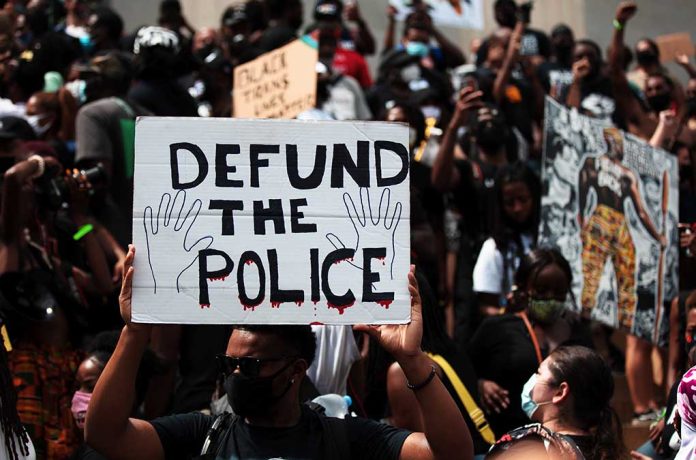 (WatchDogReport.org) – Democrats are trying to pull back from the “defund the police” narrative ahead of the midterm elections in November, but some of the more progressive party members are digging in their heels. For instance, Representative Cori Bush (D-MO) refused to quit using the slogan, even though her party members asked her to stop. Bush wants to stick to the anti-police narrative despite the nationwide rise in crime during 2021, claiming people just don’t understand what the slogan means.

Democrats continue their disastrous campaign to defund the police even as violent crime skyrockets. This is the most pro-crime, pro-criminal administration in American history https://t.co/CCcr2j9RC7

The Missouri legislator said she feels pressure to change her slogan, stating her colleagues claim it’s hurting their districts. However, Bush insists on sticking to her roots. She said Democrats currently in Congress were supposed to address the issue and make significant changes to the way police do their jobs in America, but they didn’t.

As the lawmaker calls for defunding the police, US citizens seem to need officers of the law more than ever before; murder rates have risen a shocking 44% since 2019. Isn’t she concerned about American lives?

If Bush sticks to her guns leading up to the midterms, she could torpedo the Democrats and hand the midterms to the Republicans on a silver platter.

How do you feel about Cori Bush and her stance on defunding the police? Send us an email and let us know.