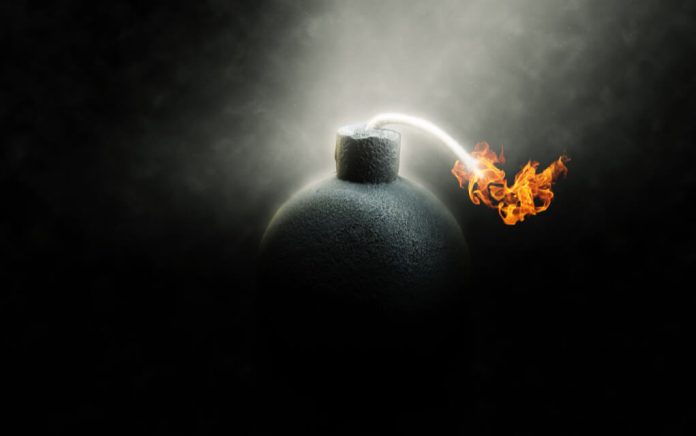 (WatchDogReport.org) – A structure in rural Georgia known as America’s Stonehenge lies in rubble on the ground after a bomb destroyed a section of the monument, rendering the rest unsafe. Authorities had no choice but to knock the remainder of the mysterious stones down, ending a run for the site that began in 1980.

The remainder of the Georgia Guidestones are being demolished following the mysterious explosion, that destroyed one of the pillars earlier this morning. pic.twitter.com/SQGilANDDU

The stones showed up one day in a privately-owned field at the highest elevation in that region of the state. Who erected the monument remains a mystery, which fuels interest in the site. Thousands of people visited every year to see the “guiding principals,” inscriptions on the stones written in Arabic, Chinese, English, Hebrew, Swahili, Russian, Hindi, and Spanish.

The writings call for unified governments, population and reproduction control, and environmentalism. It also includes calls to balance personal rights with social duties and to rule passion, faith, and tradition with “tempered reason.”

The Georgia Bureau of Investigation has video of the incident, as well as footage of a gray or silver vehicle leaving the scene, but has not made any arrests. The stones have been under surveillance for some time due to vandalism. The spot was spraypainted with graffiti on at least two occasions.

The stones emerged in politics recently, with some speculating that the explosion may have been an attack — or made to look like one. Until the investigation is complete, what happened will remain as mysterious as the stones themselves.