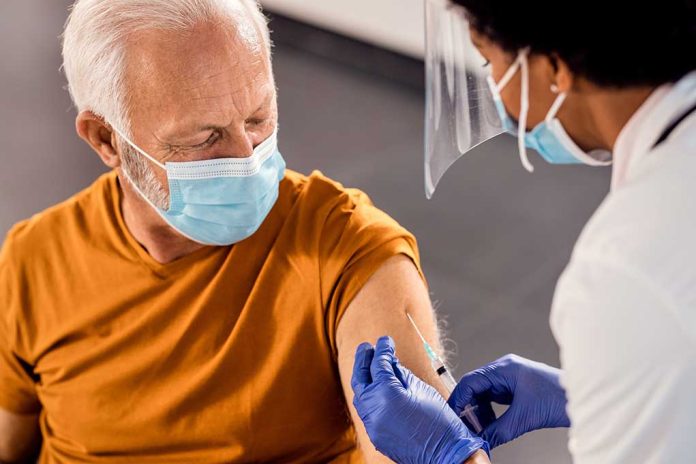 (WatchDogReport.org) – On September 9, President Joe Biden issued a vaccine mandate that could impact 100 million Americans. Conservatives across the country are gearing up to sue the president, and Constitutional expert Alan Dershowitz isn’t so sure the order is legal.

On September 13, Dershowitz spoke to NewsMax TV about the requirement that businesses with 100 or more employees must mandate vaccines or testing. He thinks the federal government does have jurisdiction over the issue and that if Congress passed a law, the courts would likely uphold it. However, he said the answer to the question about whether the president has the power to mandate vaccines on his own is unknown.

The Harvard professor said that the argument over whether the vaccine is legal goes beyond personal freedoms because COVID-19 is a communicable disease. That’s why it is a “much closer constitutional question,” according to Dershowitz. He went on to say there hasn’t ever been a situation quite like the one we’re in now, and anyone who says they know for certain what the courts will do isn’t being honest. Dershowitz believes the Supreme Court will probably uphold its 1905 Jacobson v. Massachusetts precedent upholding vaccine mandates, but it’s not set in stone.

In other words, the courts are unpredictable and anything could happen.