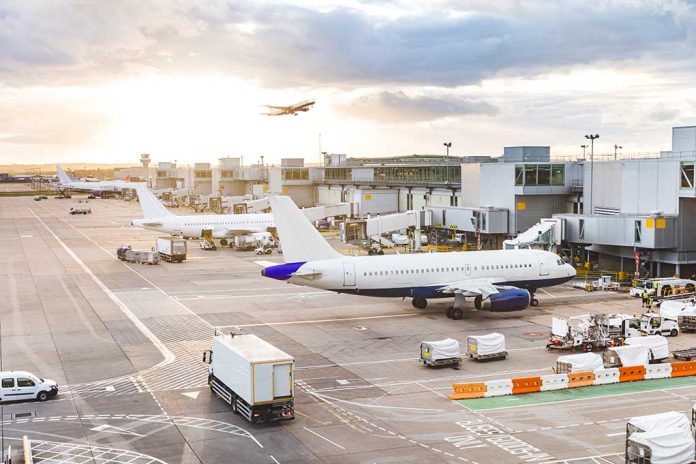 (WatchDogReport.org) – Someone captured a dramatic video that could have come straight from the airplane disaster movies that were so popular in the 1970s. However, it became all too real for the 113 passengers and 9 crew members aboard Tibet Airlines Flight TV9833 during takeoff from Jiangbei International Airport in Chongqing, China.

The Airbus A319 caught fire after it veered off the runway during an aborted takeoff early on Thursday. https://t.co/dWHxtpsTLh

The Airbus A319 had started its takeoff run when the pilots were forced to abort after detecting a problem and the plane veered off the runway. Reports say an engine had scraped the ground because of the abrupt braking maneuver, causing a massive fire to break out.

In the mad scramble to save their lives, several dozen people were taken to local hospitals with what were said to be non-life-threatening injuries such as bruises and sprains. One passenger described feeling a tremor run through the airplane and the oxygen masks deploying from overhead just before it abruptly turned.

Investigators were heading to the scene of the accident, but authorities said it was far too early to speculate on what might have happened. Less than two months ago, on March 21, China Eastern Airlines Flight MU5735 plummeted from the sky into the mountainous region of Southern China while traveling to Guangzhou.