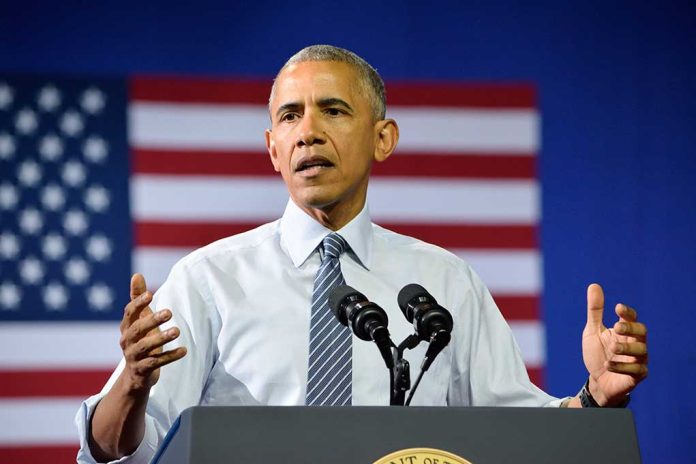 (WatchDogReport.org) – A recent school board meeting in Chicago is bringing to light the truth about the Left’s hypocritical criticism of Donald Trump’s immigration reform. The Waukegan Board of Education met on March 30th to discuss renaming Thomas Jefferson Middle School after former president Barack Obama.

Immigration activists, who were staging a protest just outside the meeting at the time, quickly responded, slamming the decision to honor the “deporter-in-chief.”

"The name of Obama is another oppressor, and our families do not want to see that name.”

Chicago activists are demanding that a school not be renamed in honor of the "Deporter-in-Chief."
https://t.co/yrHTtB9XZO

The school board’s ironic decision to change the name was originally due to concern over Jefferson’s historic ties with slavery. Activists say it makes no sense to strip the school of the historic statesman’s name due to oppression, only to change it to the name of someone who did just as much harm.

What the Left consistently tries to hide is the fact that former President Obama had the highest record of any president for deportations, deporting 1.18 million people in a 3-year span. Donald Trump deported only 800,000 during his time in office. Furthermore, he was honest and forthright about his agenda from the start. Obama consistently deflected, and the Left continues to do it to this day.

It seems the Democratic agenda to “purify” history is coming back to bite them. It’s only a matter of time before we start to see a cleansing of Obama statutes and tributes, just as we have other historical figures who the “woke” crowd has deemed evil. After all, the Left’s favorite activity does seem to be eating its own.