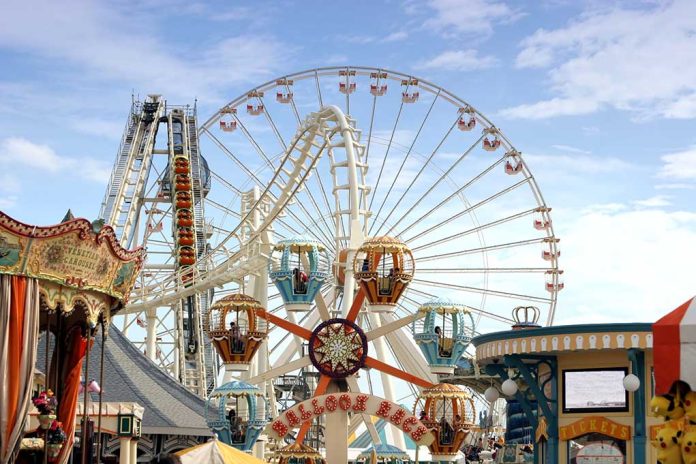 (WatchDogReport.org) – On Thursday, March 24, tragedy struck Orlando, Florida, when a teenage boy fell from one of the tallest attractions in the area and died. Authorities confirm that Tyre Samson, 14, succumbed to his injuries after being transported to a local hospital.

The incident occurred at Icon Park, a popular destination on the vacation city’s International Drive. The ride, dubbed the Orlando FreeFall, stands 430 feet high and drops park-goers at 75 MPH.

A 14-year-old boy fell to his death from a ride at an amusement park in Orlando, sheriff's officials said. The boy fell from the Orlando Free Fall ride, which opened late last year at Icon Park. https://t.co/A32rxdj67q

Orange County Sheriff John Mina expressed his sorrow for the boy’s family. Samson was reportedly visiting a family in Florida from his home state of Missouri. Mina said the incident was a terrible tragedy and that no criminal charges have been filed. He was unsure if Samson was tall enough to ride.

According to John Stine, the director of sales and marketing for the park, the ride will remain closed indefinitely pending an investigation. He says the park operates under the strictest of safety protocols and that there have been no incidents involving the ride since it opened in December 2021. The park has since removed its media release about the ride from its website.

This isn’t the first time someone fell to their death at Icon Park. In 2020, a worker plummeted 50 to 60 feet from a different ride while performing maintenance.